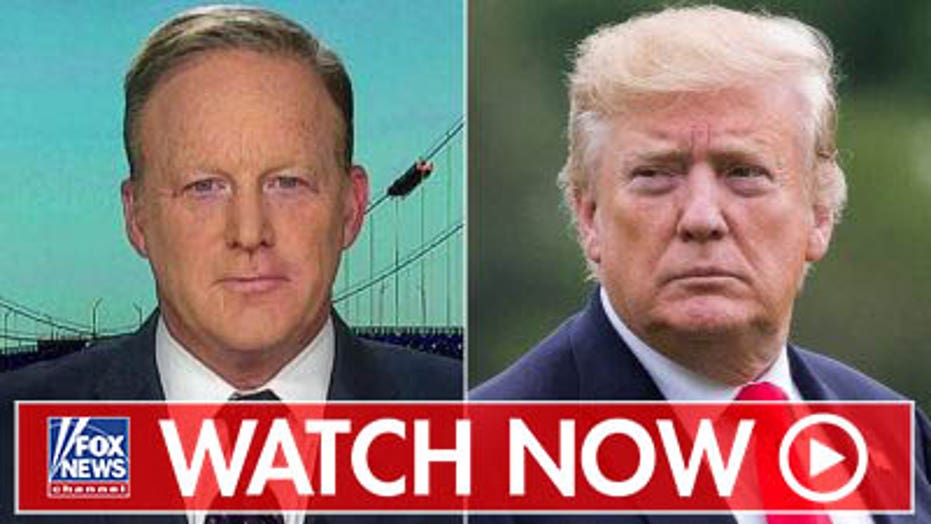 The media is reacting to former White House Press Secretary Sean Spicer joining "Dancing With the Stars" in a way that makes them appear petty, according to Judge Jeanine Pirro.

People who want to boycott the program appear to have no beef with other competitors who have controversial backgrounds, such as retired NFL star Ray Lewis or ex-figure skater Tonya Harding, Pirro claimed Thursday on "The Five."

"They are so -- think about what you just read -- NBC, the New York Times, people want to boycott 'Dancing With the Stars?' How small can you get?" she asked.

"You know what I would do if I were Sean? I'd show up in a MAGA hat, I'd put on a MAGA shirt -- they'll all have breakdowns."

"They're so small, it's ridiculous."

Earlier on "The Five," the hosts reported on several instances of criticism against the long-running program for its choice of a former Trump official.

Pirro pointed to Lewis, formerly of the Baltimore Ravens, as someone who should be seen as controversial if critics want to also target Spicer.

"They'd rather have Ray Lewis? Wasn't he charged with murder?" she asked. Lewis was originally charged with murder and later pleaded guilty to obstruction of justice in connection with the 2000 stabbing deaths of two men in Atlanta before that year's Super Bowl.

In addition, Sandra Smith noted that "DWTS" host Tom Bergeron -- without mentioning Spicer by name -- criticized what he called "divisive bookings" on the program.

"Chief among them was my hope that DWTS, in its return from an unprecedented year-long hiatus, would be a joyful respite from our exhausting political climate and free of inevitably divisive bookings from ANY party affiliations," the former "Hollywood Squares" host tweeted. "... Subsequently (and rather obviously), a decision was made to, as we often say in Hollywood, 'go in a different direction.'"