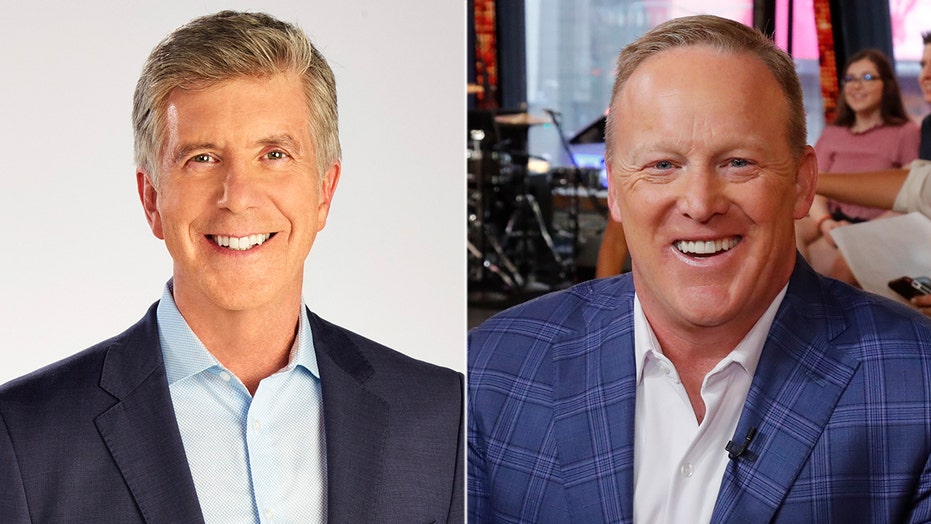 Tom Bergeron, the longtime host of "Dancing With the Stars," was disappointed in this season's casting.

He took to social media on Wednesday to post a lengthy statement explaining his feelings about which "celebrities" will be featured on Season 28 of the hit reality competition series, in particular referring to how Sean Spicer, President Donald Trump’s former White House press secretary, is a contestant.

He described how he met with "DWTS" new executive producer (Andrew Llinares) to make his feelings known and he left their lunch "convinced we were in agreement."

“Subsequently (and rather obviously),” Bergeron wrote, “a decision was made to, as we often say in Hollywood, ‘go in a different direction.'”

"We can all agree to disagree, as we do now, but ultimately it's their call," he continued. "I'll leave it to them to answer any further questions about those decisions."

Bergeron made a pledge to the show's fans: "For me, as host, I always gaze into the camera's lens and imagine you on the other side, looking for a two-hour escape from whatever life hassles you've been wrestling with. That's a connection and a responsibility which I take very seriously, even if I occasionally season it with dad jokes."

In response to Bergeron's post, "DWTS" executive producer, Andrew Llinares, told Fox News in a statement on Wednesday: "We’ve got a great and diverse cast. We are excited about the season."

Earlier on Wednesday, the cast was announced on "Good Morning America," and Bergeron poked fun at Spicer.

"The nice thing is, Sean will be in charge of assessing audience size," Bergeron joked, making innuendo about the controversy over the crowd size at Trump's 2017 inauguration.

“Dancing, at its best, is an oasis, away from all the divisiveness and all the stuff we are wrestling with right now,” he said. “And so, that was a call they made, and my job as host, to the best of my ability, is to be Switzerland for those two hours a week.

“For the other 166 hours a week, I am pretty clear where I stand politically,” Bergeron added.

Bill Prader, the executive producer of "The Big Bang Theory," also expressed his disappointment with Spicer.

He tweeted, “Sean Spicer lied repeatedly to the American people and literally defended Hitler. @ABC Network: “Yes, but can he fox trot? Tune in to see!”

Spicer took to Twitter to express his excitement about joining the show, "It’s time to have some fun. Excited to join a great cast and show @DancingABC."

This is not the first time Spicer's appearance on TV has ruffled feathers. At the 2017 Emmy Awards, hosted by Stephen Colbert, Spicer appeared onstage with a wheeled-out podium and delivered a joke.

"This will be the largest audience to witness an Emmys, period — both in person and around the world,” Spicer said.

Tom Bergeron, host of "Dancing with the Stars," hinted that he wasn't comfortable with Sean Spicer's casting on the upcoming season of the competition series. (Getty)

Many celebrities in the audience were shocked by his cameo. “I’m not ready to laugh ‘with’ Sean Spicer,” actor Zach Braff tweeted at the time. “I think he is an evil, opportunistic liar that hurt our country.”

The new season of "Dancing with the Stars" premieres Monday, Sept. 16, on ABC.