Says paper should report on racism, not use labels.

An editor with The New York Times apologized Thursday after potentially offensive tweets he sent as many as 11 years ago resurfaced online.

Tom Wright-Piersanti had made numerous anti-Semitic and racist tweets that date back to 2008, some of which have since been deleted.

He apologized Thursday -- according to The Wrap, tweeting: "I have deleted tweets from a decade ago that are offensive. I am deeply sorry." Wright-Piersanti's account was still up as of Thursday evening, but his tweets were protected.

A spokesperson for the Times told Fox News: "We are aware of these tweets, which are a clear violation of our standards. We are reviewing next steps.”

Wright-Piersanti's tweets included one in which he said he wanted to be "less anti-Semitic."

In another post from 2009, Wright-Piersanti shared an image of a car with a giant lit menorah on top of it and tweeted, "Who called the Jew-police?"

Wright-Piersanti also made several derogatory tweets against "Indians" in 2008 and 2009. 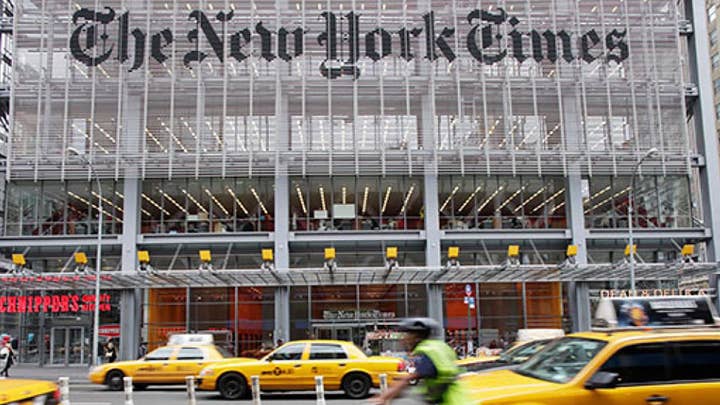 "Want to see dozens of Indian girls grind all over each other? Go to the Golden Rail Pub in New Brunswick, NJ," he wrote in 2008 according to Breitbart.

"There are four Indian guys with mohawks in this one class, and each one is a douche in his own awful way. I hate mohawk Indians," Wright-Piersanti wrote in a pair of tweets back in 2009. He later added: "I don't hate Mohawk Indians, though. I love those guys. I just hate Indians with mohawks. Different Indians, different mohawks."

The tweets surfaced after The Times demoted a high-ranking editor following recent incidents that resulted in a heavy backlash on social media.

The Times confirmed to Fox News at the time that the editor, Jonathan Weisman, has been demoted for his "serious lapses in judgment."

"Jonathan Weisman met with [New York Times Executive Editor] Dean Baquet today and apologized for his recent serious lapses in judgment," a Times spokesperson told Fox News. "As a consequence of his actions, he has been demoted and will no longer be overseeing the team that covers Congress or be active on social media. We don't typically discuss personnel matters, but we're doing so in this instance with Jonathan's knowledge."