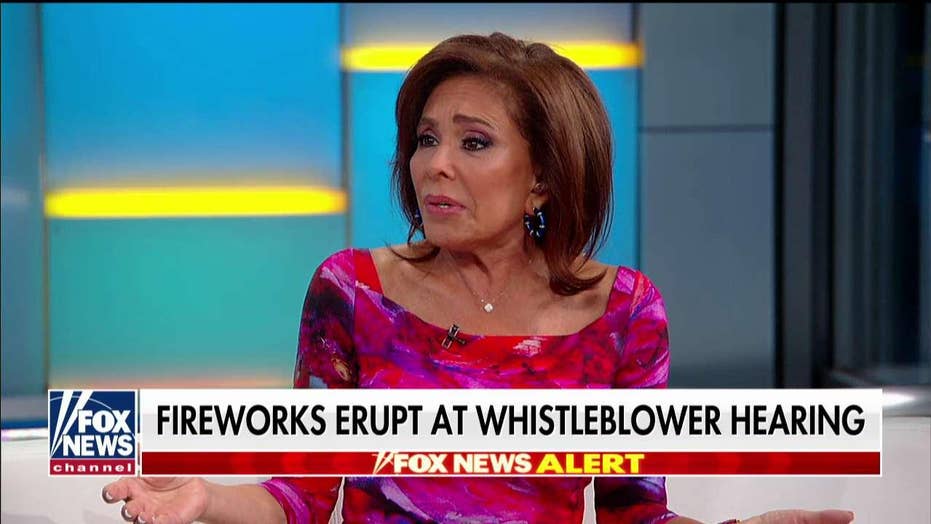 Judge Pirro blasts Democrats' impeachment inquiry: 'This is a setup'

Fox News host Judge Jeanine Pirro said Friday that the explosive whistleblower complaint that has led to an impeachment inquiry against President Trump "was a setup."

Reacting on "Fox & Friends," the host of Fox News Channel's "Justice with Judge Jeanine" recalled that Senate Minority Leader Chuck Schumer indirectly warned Trump in 2017 not to attack U.S. intelligence officials, saying "they have six ways from Sunday at getting back at you."

"This is a game. America doesn't want this gamesmanship anymore," she said, noting Trump's frustrated demeanor during the recent U.N. General Assembly.

"He has to say to himself I'm killing myself to make this country safe and every time I turn around I get incoming. You know what, shame on the Democrats." 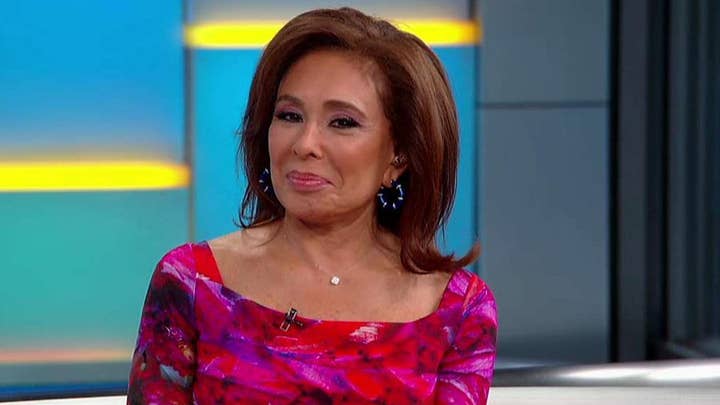 Pirro, author of "Radicals, Resistance and Revenge," took issue with the whistleblower complaint being based on secondhand information about the president's phone conversation with the Ukrainian president.

"This was a setup, this is hearsay, it is absolutely inadmissible in court," she said. "Who are these other people in the White House who are looking to sink our president? As far as I'm concerned, I'm totally with him on the concept that people around him are looking to get information out so the Democrats can get him out of office because they're never going to beat him."

House Democrats are moving full speed ahead with the impeachment inquiry announced earlier this week, with reports indicating lawmakers plan to move quickly with their investigation and could file articles of impeachment before year's end.

It comes after the public release of both the whistleblower's complaint and a transcript of the July call between Trump and Ukrainian President Volodymyr Zelensky, where Trump requested that Ukraine investigate the Biden family.

The whistleblower complaint alleges that Trump used the "power of his office to solicit interference" from Ukraine in the 2020 election -- and that White House officials subsequently tried to "lock down" records of that phone call. Democrats have accused Trump of an implied quid pro quo, using U.S. military aid. The White House has vigorously denied the two matters were linked. 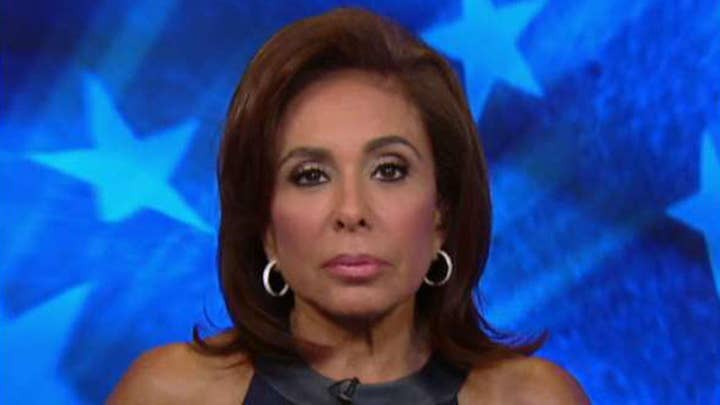 Speaking to Tucker Carlson Thursday, Pirro was asked whether Democrats will be happy with the precedent they are setting for impeachment, which could someday be used against a member of their party.

"They're not even thinking that far in advance because they're so blinded by their hatred of Donald Trump that they can't even see what real criminality is," she argued.