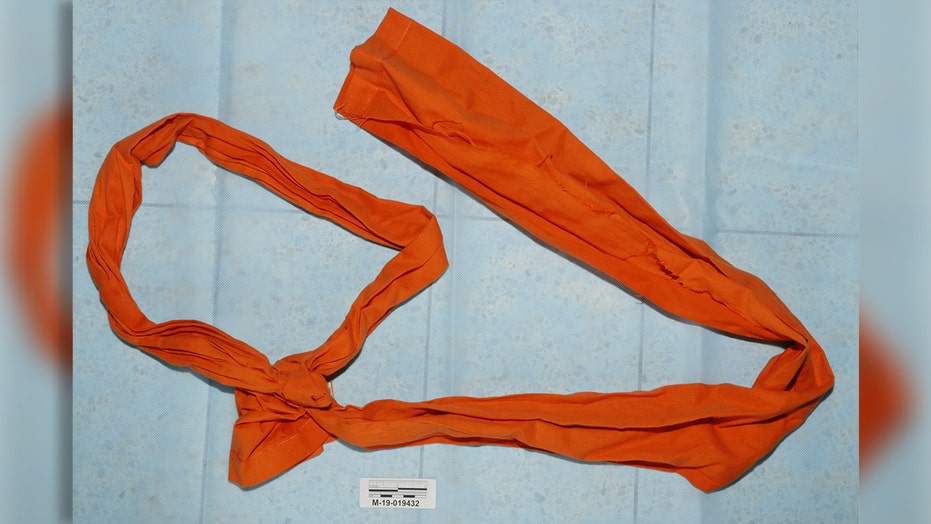 Brett Tolman on new images from Epstein's jail cell: too many inconsistencies

After the release of new images of disgraced multi-millionaire Jeffrey Epstein's jail cell, there are still too many questions in the case to rule it a suicide, former Utah U.S. Attorney Brett Tolman said Tuesday.

Appearing on "Fox & Friends" with hosts Pete Hegseth and Steve Doocy, Tolman said that while prosecutors want to say "this is just a suicide" and put the case aside, there are "too many gaps now and too many inconsistencies" to do so.

"It may be a while before we are able to put this to bed...and, this just makes it even more difficult," he said.

The photos, which include nooses Epstein is said to have made out of bedsheets at the Metropolitan Correctional Center in New York City last August, depict a messy and chaotic scene inside the cell where the convicted pedophile spent the last moments of his life. Sheets are seen strewn across the floor while parts of fabric can be seen tied to a bedpost and window grate.

The scene inside Epstein's jail cell following his death.

Other images taken by a medical examiner show Epstein’s body lying on a gurney. In one, his lifeless hand is held up for measurement. More show injuries to his neck.

Another reveals a note found in Epstein’s cell that mentions being kept "in a locked shower stall for one hour.”

"Giant bugs crawling over my hands. NO FUN!!" the note says.

Tolman told the "Friends" hosts that the "biggest key right now" is how much pressure is applied to the two guards who were indicted. The guards were charged with multiple counts of falsifying records and conspiracy.

"It may seem like they are the scapegoats, and -- in some ways -- they are," said Tolman. "But, they are the only ones that can piece together what occurred in those moments: why the body was moved against protocol, why there were so many monumental failures..."

The New York City Medical Examiner’s Office has stood by its ruling that Epstein committed suicide. Forensic pathologist Dr. Michael Baden said on “America’s Newsroom” Monday that the photos reaffirmed his belief that the “findings are more indicative of homicide” than a suicide.

"As a prosecutor, I would be really concerned about some of the facts that are in this case that I either want to flush out with, you know, witnesses that were there or apply the pressure that I can to try to get them to talk to us and tell us if there's anything more that's happening here," Tolman said. "Because we want to know, when you have the highest-profile criminal defendant and you have the largest budget of any agency in the Department of Justice...you can't keep him safe? While he is incarcerated!"