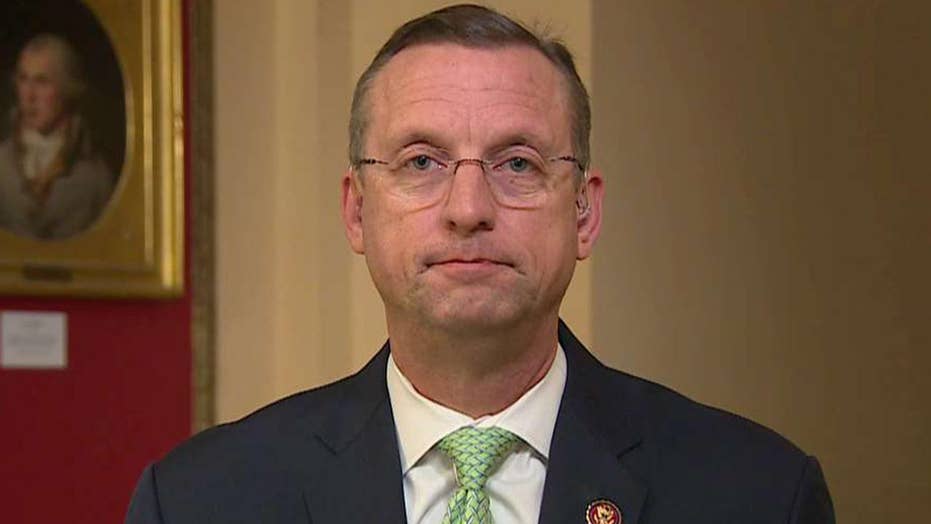 Senators are about to see how bad Democrats' impeachment case is, Rep. Doug Collins says

Republican Rep. Doug Collins reacts as the House prepares a vote to send impeachment articles to the Senate on 'America's Newsroom.'

Members of the Senate are about to see just how politically motivated the impeachment case against President Trump is, House Judiciary Committee Ranking Member Rep. Doug Collins, R-Ga., said Wednesday.

Appearing on "America's Newsroom" with host Bill Hemmer, Collins said that House Speaker Nancy Pelosi's, D-Calif., passing of the two articles of impeachment to the Senate is the "final prelude."

The Georgia Republican added that he believes most senators and staff have not followed the issue as closely, but predicted they'll see how weak the two articles are and "how [Democrats have] been driven by simply a motivation to disenfranchise this president and to take him down."

"I think [the Senate is] going to have an interesting perspective and a point of view, and I think that will even affect their trial," he said. But, for now, Collins hopes that America can "put this sad part of history behind us."

"At the end of the day, if you have such a weak case, trying to bolster it before you get to the Senate is not a way to embolden the American people to believe you had any reason to start this, to begin with," he said. 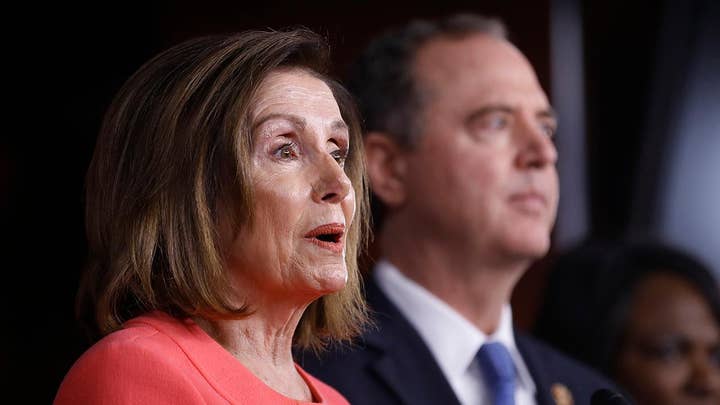 After weeks of a standstill on Capitol Hill, on Wednesday Pelosi announced the seven appointed lawmakers who will serve as the House managers. The list includes House Intelligence Committee Chairman Adam Schiff, D-Calif., who will be the lead manager and who led much of the impeachment inquiry out of his committee, and House Judiciary Committee Chairman Jerrold Nadler, D-N.Y., whose panel drafted the articles of impeachment.

In a tweet shortly following the announcement, the president hit back: “Here we go again, another Con Job by the Do Nothing Democrats. All of this work was supposed to be done by the House, not the Senate!”

The lower chamber is preparing to vote Wednesday to transmit the articles of impeachment to the Senate. The Senate impeachment trial is expected to begin early next week with, Chief Justice of the United States John Roberts presiding.

On Tuesday, House investigators released a portion of a series of explosive handwritten notes, text messages and other documents from Lev Parnas, a close associate of President Trump's personal lawyer Rudy Giuliani.

Collins told Hemmer that any concerns about new evidence "fall on deaf ears with [him]" because Democrats have "trashed the process to start with."

He said that the decision to hold and release the new documents shows "we have had a problem all along with Adam Schiff and Chairman Nadler and others not following House Resolution 660 which was how they were supposed to handle all the stuff."

"This is something for the American people to realize," Collins stated.

Fox News' Brooke Singman, Jason Donner, The Associated Press, and Gregg Re contributed to this report.