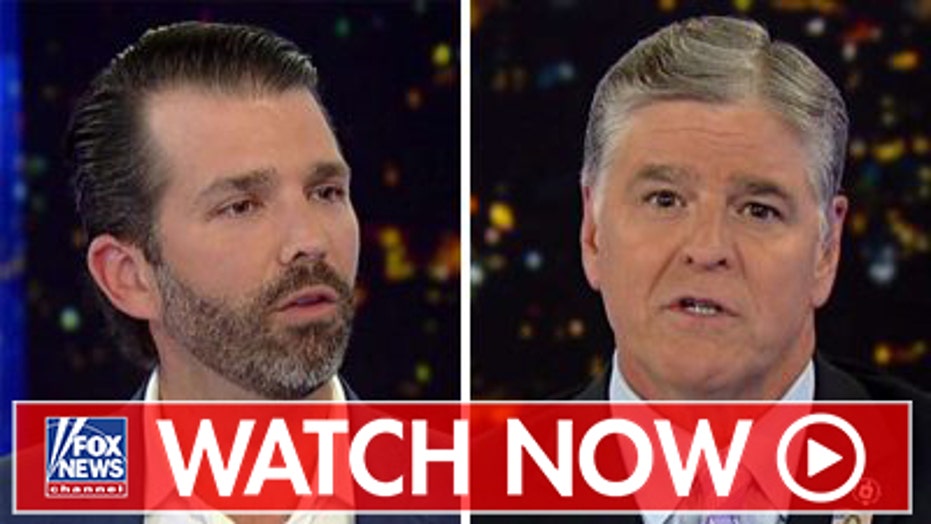 Donald Trump Jr. responded to criticisms from Hunter Biden who held an interview with ABC News earlier this week.

Biden benefitted from his own father's political positions as early as the 1990s when he was employed by one of Delaware's largest employers at the time, Trump claimed Wednesday on "Hannity."

"Right out of school, he gets a high paying job from MBNA -- the biggest bank and the largest employer in the state of Delaware -- where [his father] is conveniently a senator," he said.

More than a decade ago, Charlotte-based Bank of America acquired the Wilmington, Del., company. Biden, now 49, previously had been an executive at MBNA beginning in 1996. 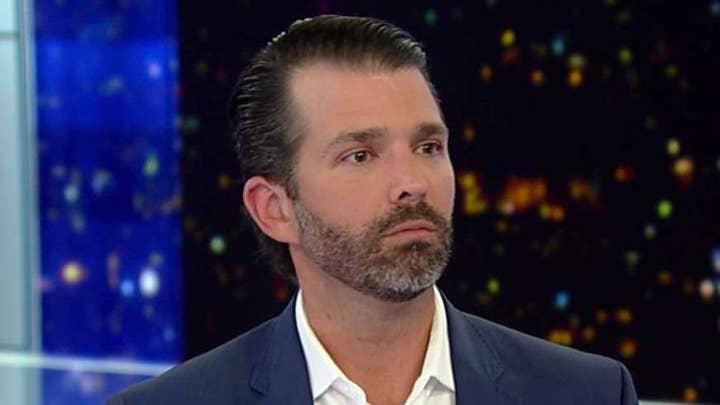 During the interview, Trump also ripped Biden taking a position on the board of Burisma Holdings, a Ukrainian natural gas company as well as a Chinese private equity firm.

"They want to question my family," he remarked. 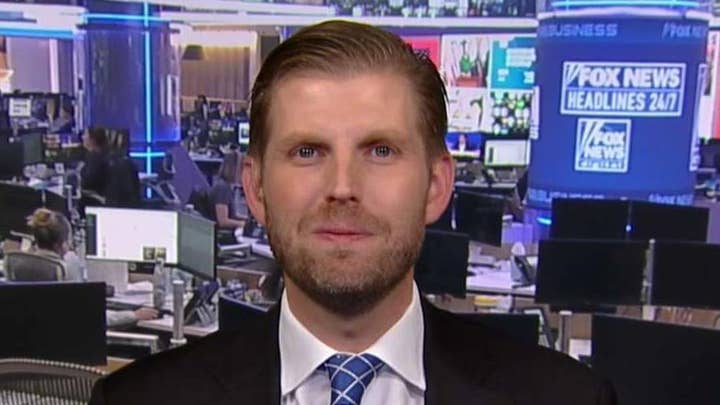 In the ABC News interview, the younger Biden rejected concerns about President Trump's two eldest sons, saying that Trump Jr. is "not somebody that I really care about" and rejecting a remark Eric Trump made at a recent rally for his father in Minneapolis about altering the "lock her up" chant to "lock him up" -- referencing the 49-year-old.

On "Hannity," Trump Jr. dismissed comparisons between the Biden children and the Trump children, saying his own family made its money in international business before the current president was elected.

"And, we gave up doing all new deals going forward," he added.