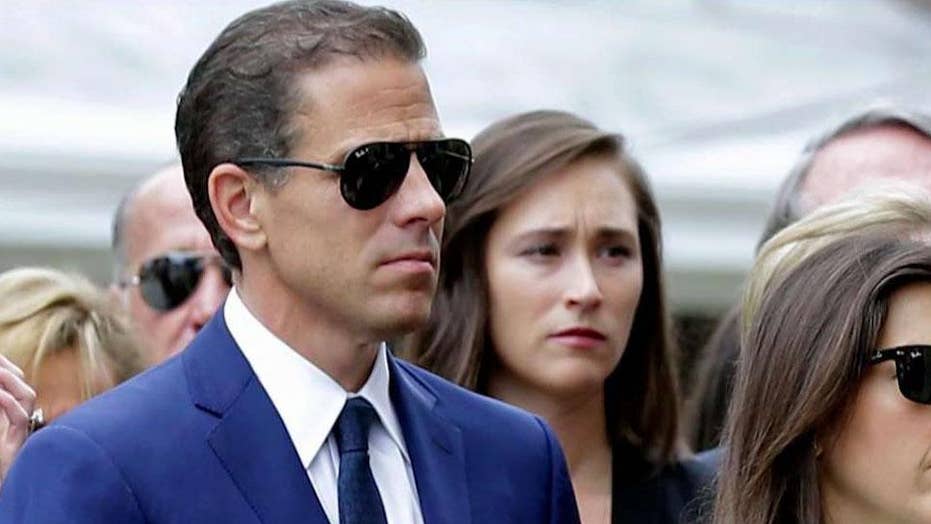 Hunter Biden's past business dealings at home and abroad are increasingly coming under scrutiny, as the former vice president's son broke his silence in a nationally televised interview this morning -- and 12 Democratic presidential candidates are preparing to debate Tuesday evening in Ohio.

Speaking to ABC's "Good Morning America," Biden maintained he did nothing improper in serving on the board of a Ukrainian gas company but acknowledged it was "poor judgment" on his part. In his first interview since his overseas business dealings came under scrutiny, Biden said he did not discuss the board seat with his father except for one "brief exchange" that was previously reported.

Although President Trump repeatedly has hammered Hunter Biden's ties to China and Ukraine, the latest cloud of suspicion came as Republicans pointed to resurfaced 2008 reports in The New York Times and The American Spectator. The articles, written as Barack Obama and John McCain vied for the White House, found that Hunter Biden received consulting fees from the financial services company MBNA from 2001 to 2005 -- while his father, then a senator, was pushing successfully for legislation that would make it harder for consumers to file for bankruptcy protection.

The precise amount of the payments was unclear, but a company official once said Hunter Biden was receiving at least a $100,000 per year retainer, the Times reported. Hunter Biden, now 49, previously had been an executive at MBNA beginning in 1996, but the consulting fees came years after his departure from the company as a full-time employee.

Aides to then-presidential candidate Barack Obama at the time denied that any lobbying had occurred, and insisted the payments were proper.

However, that explanation was treated with skepticism. On Monday, the Trump campaign posted a contemporaneous interview in which an incredulous Tom Brokaw asked Joe Biden whether it was "inappropriate" for the then-senator to have his son "collecting money from this big credit card company while you were on the [Senate] floor protecting its interests."

Hunter Biden's previous work as an executive at MBNA from 1996 to 1998 also has raised what critics called red flags.

Rachel Mullen, a former senior personal banking officer at MBNA from 1994-2001 who later went into Republican politics, tweeted Monday that managers referred to the younger Biden as "Senator MBNA" after he was hired into a lucrative management-prep track right after he graduated from Yale Law School. 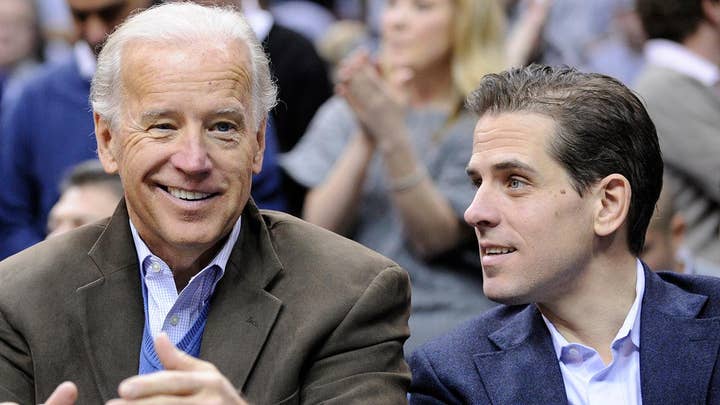 An MBNA source who previously worked at the company told Fox News on Monday that other employees heard Biden boasting that his salary was unusually high, even for the management-prep track -- which was widely seen in the company as a way to groom and pamper well-connected executive candidates with powerful family members.

The source said Biden's "Senator MBNA" nickname was not politically motivated, but rather reflected a widely held belief among managers -- who did not work directly with Biden -- that he essentially was engaged in lobbying.

BIDEN CAMPAIGN SEEKS TO KICK GIULIANI OFF TV, AFTER HE IMPLICATES BIDENS IN OVERSEAS CORRUPTION

In a January 2008 article entitled "The Senator from MBNA," columnist Byron York recounted how then-MBNA vice chairman John Cochran paid "top dollar" for Biden's home in February 1996, just prior to his Senate re-election bid, and that "MBNA gave Cochran a lot of money—$330,000—to help with 'expenses' related to the move."

The $1.2M sale was a "pretty darned good deal for Biden," York wrote, noting that "Cochran simply paid Biden’s full asking price" even though the "house needed quite a bit of work; contractors and their trucks descended on the house for months after the purchase."

Asked how Cochran and Biden found each other for the sale, an MBNA spokesperson told York: "That’s a very personal question." 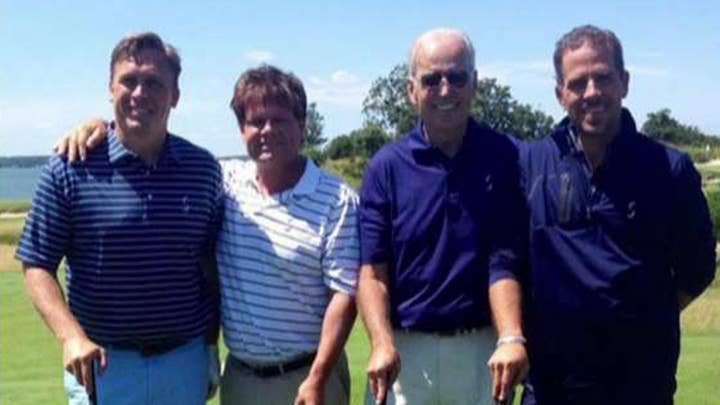 It remained unclear whether, and to what extent, the resurfaced accounts of possible misconduct by the Bidens could affect the 2020 presidential race. An ABC News interview with Hunter Biden is set to air beginning Tuesday, and the issue might come up during Tuesday night's presidential primary debate.

Under intense scrutiny from Republicans, Hunter Biden announced this past Sunday he will step down from the board of directors of a Chinese-backed private equity firm at the end of the month as part of a pledge not to work on behalf of any foreign-owned companies should his father win the presidency. At the same time, the Bidens have denied wrongdoing.

Biden revealed his plan in an Internet post written by his attorney, George Mesires, who outlined a defense of the younger Biden’s work in Ukraine and China, which has emerged as one of Trump’s chief lines of attack against Hunter’s father.

"Hunter makes the following commitment: Under a Biden Administration, Hunter will readily comply with any and all guidelines or standards a President Biden may issue to address purported conflicts of interest, or the appearance of such conflicts, including any restrictions related to overseas business interests. In any event, Hunter will agree not to serve on boards of, or work on behalf of, foreign-owned companies," Mesires wrote.

He continued: "He will continue to keep his father personally uninvolved in his business affairs, while availing himself as necessary and appropriate to the Office of the White House Counsel to help inform his application of the Biden Administration’s guidelines or standards to his business decision-making."

From late 2013 through this month, Hunter Biden has served on the board of BHR (Shanghai) Equity Investment Fund Management Company, which was "formed with the stated intent to invest Chinese capital outside of China." Mesires insisted Biden's initial role was that of an unpaid member of the board and that in October 2017, Biden "committed to invest approximately $420,000 USD to acquire a 10 percent equity position in BHR, which he still holds."

Separately, Joe Biden has acknowledged on camera that in spring 2016, when he was vice president and spearheading the Obama administration's Ukraine policy, he successfully pressured Ukraine to fire top prosecutor Viktor Shokin. At the time, Shokin was investigating Burisma Holdings — where Hunter had a lucrative role on the board despite limited relevant expertise. Shokin also was widely accused of corruption.

Critics alleged Hunter Biden, in effect, might have been selling access to his father, who had pushed Ukraine to increase its natural gas production.