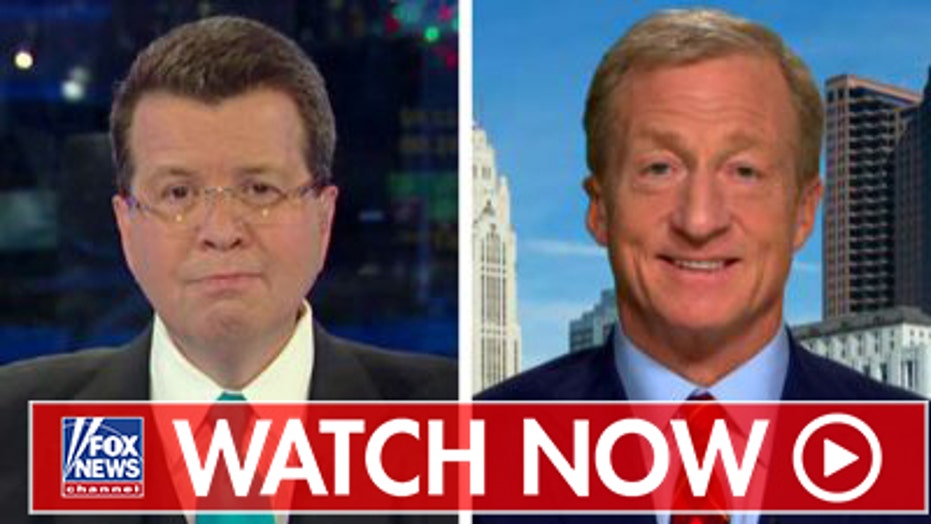 Tom Steyer talks 2020 with Neil Cavuto on 'Your World'

Tom Steyer talks 2020 with Neil Cavuto on 'Your World'

Steyer told Neil Cavuto Wednesday on "Your World" he best understands the economic plight of working people because he started his multi-billion-dollar international company as a small startup in a windowless office.

"I do believe that Bernie is right that we should roll back the Republican tax cuts on the richest Americans," he said of self-described democratic socialist Sen. Bernie Sanders, I-Vt. -- a fellow 2020 contender.

"I do believe that working people have not shared in the increased income in the United States over the last 40 years." 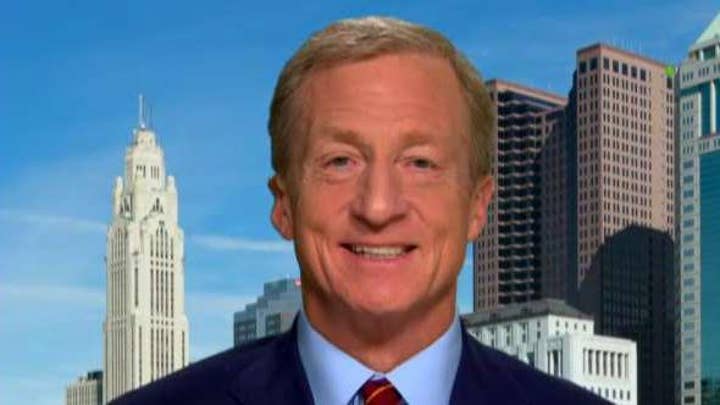 However, he disagreed with Sanders' remarks about essentially banning billionaires in America. Steyer told Cavuto such an idea puts an "arbitrary lid" on Americans' dreams and desires

He said the federal tax code must be overhauled and voiced support for high taxes on the top one-tenth of one percent of earners.

"I would work like crazy to undo that," he said, however later clarifying again he believes he would not be a wealthy man if not for the American economic system.

"I don't believe that we should stop the free enterprise system," Steyer said. "I'm somebody that understands the fact that if we're going to grow, we're going to have to rely on the innovation of the private sector -- but that we have to change some things." 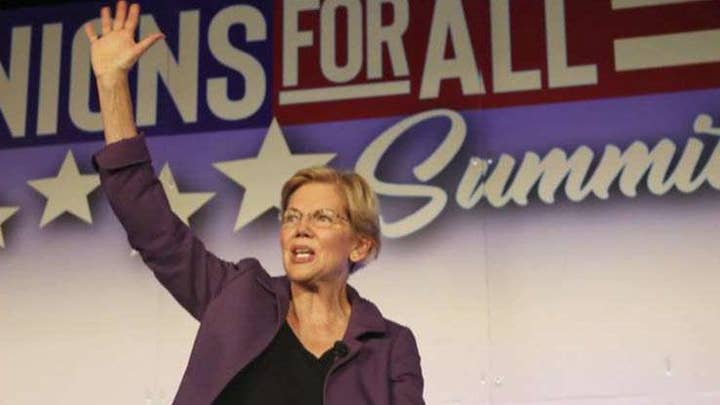 Later in the interview, Cavuto remarked Steyer is the only billionaire in the race, and that former New York City Mayor Michael Bloomberg -- who initially ran as a Republican and later an Independent -- has considered joining the Democratic presidential field.

Cavuto said Bloomberg, who now identifies as a Democrat, may be wary former Vice President Joe Biden may not be able to hold the moderate-Democratic line if his campaign falters.

Steyer replied that he is unconcerned about a potential challenge from Bloomberg, 77, a media mogul by trade.

"Anybody can enter this race at any time," he said.

"I have a lot of respect for Mike Bloomberg."