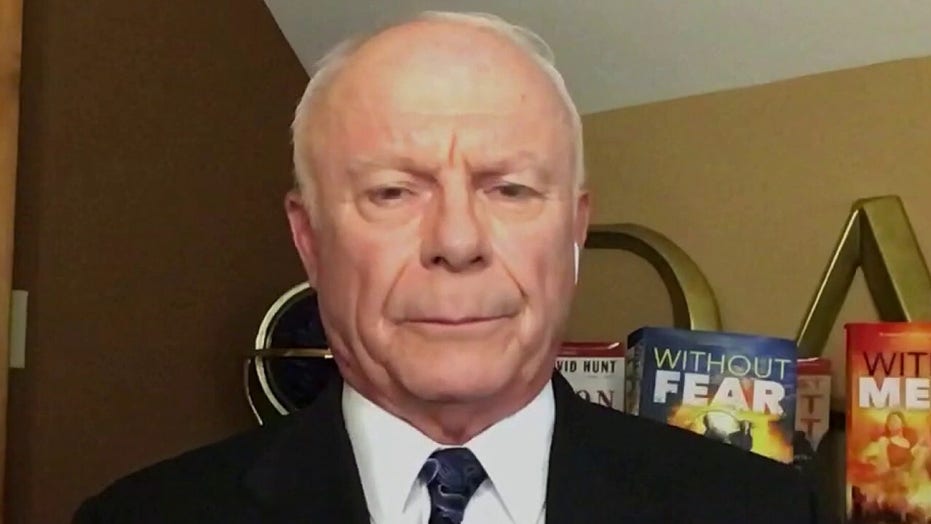 Col. Hunt: We need to fix race issues inside the military not change names of bases

"It's an absolute joke. Waste of time. Stupid idea. We have real issues in the military and race is one of them," Hunt said bluntly. "For example... the Air Force just promoted its first four-star black officer, and they've been around for like 60 years. We don't have enough minority senior officers.

"There's a lot of other serious problems dealing with race inside the military ... " Hunt continued. "Changing Fort Bragg to Fort Smith won't even get close to it. It's a waste of time."

President Trump came out strongly Wednesday against the idea of renaming the bases. The issue has come to the forefront amid the nationwide protests over police brutality and racial injustice in the wake of George Floyd's death.

House Speaker Nancy Pelosi, D-Calif., has called for the military bases to be renamed and House Minority Leader Kevin McCarthy, R-Calif., said he was open to the idea.

"Bill, if you're if you're trying to get at racism in the Army, Navy, Air Force, Marine Corps, Coast Guard, then let's get at it," Hunt said. "But just saying, 'Let's change Fort Bragg to Fort Smith,' not even close."

Hunt also reacted to Chairman of the Joint Chiefs of Staff Gen. Mark Milley's comment earlier Thursday that it was a "a mistake" to accompany Trump on his controversial June 1 walk across Lafayette Park to St. John's Church.

"[Milley's] presence in battle dress uniform was way over the top, unnecessary," Hunt told Hemmer, calling it a distraction from the issue of crowd control.

Hunt added that he had no problem with Trump walking to the church, but added that he did have an issue with the use of "tear gas and rubber bullets" on protesters, telling Hemmer the "American people are not the enemy."