President Trump on Wednesday came out strongly against the idea of renaming U.S. military bases that are named after Confederate generals -- an issue that has come to the forefront amid the nationwide protests over police brutality and racial injustice.

In a series of tweets on Wednesday afternoon, Trump called the bases named after Confederate soldiers “Hallowed Grounds” that helped train soldiers to win two world wars. He said his administration “will not even consider the renaming of these Magnificent and Fabled Military Installations.”

White House press secretary Kayleigh McEnany also began her briefing with the press Wednesday by reading the president's statement on the topic.

“These Monumental and very Powerful Bases have become part of a Great American Heritage, and a history of Winning, Victory, and Freedom,” Trump tweeted. “Therefore, my Administration will not even consider the renaming of these Magnificent and Fabled Military Installations. Our history as the Greatest Nation in the World will not be tampered with. Respect our Military!”

The president’s insistence that the names of the military bases remain unchanged comes just two days after U.S. Army Secretary Ryan McCarthy said he is open to the idea.

A senior Army official told Fox News on Monday that McCarthy did not plan to change the names unilaterally, but instead will seek bipartisan support to do so. U.S. Army installations named after Confederate generals include Fort Benning in Georgia and Fort Bragg in North Carolina. 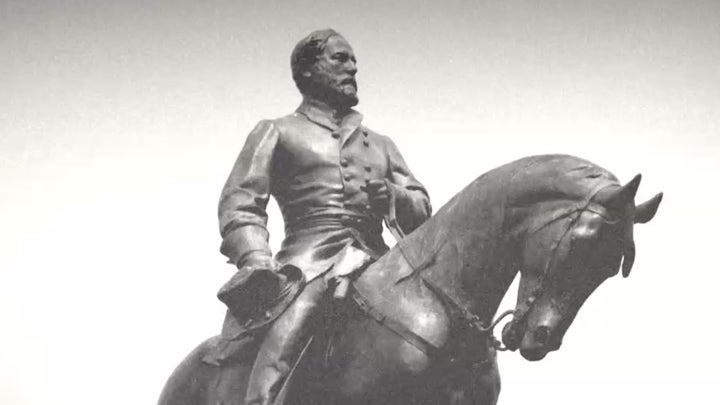 “We must recognize history is important, but we must come together and have some sort of open discussion about race,” the official said, adding: “This week highlighted the need to start understanding those feelings, and the Army secretary is open to considering changing the names of these bases named for Confederate generals.”

At least 10 Army installations are named after Confederate military commanders, including Fort Hood in Texas, Fort Benning in Georgia and Fort Bragg in North Carolina. Previous calls to rename them have been dismissed on the grounds that doing so would go against tradition.

McCarthy’s approval of changing the names of the bases marks an about-face for the Army. The branch had indicated earlier this year it was opposed to the idea after the Marine Corps announced this past April it was banning Confederate flags from its installations.

In a message delivered to the Army last week, McCarthy wrote that his views on the matter had evolved amid nationwide protests following the death of George Floyd. 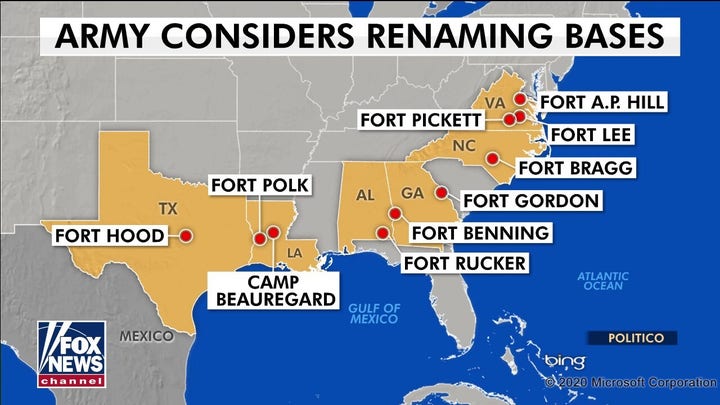 “Over the past week, the country has suffered an explosion of frustration over the racial divisions that still plague us as Americans. And because your Army is a reflection of American society, those divisions live in the Army, as well,” McCarthy wrote in a joint statement with Army Chief of Staff Gen. James McConville and Sgt. Maj. of the Army Michael Grinston.

“We feel the frustration and anger,” they added. “We need to work harder to earn the trust of mothers and fathers who hesitate to hand their sons and daughters into our care.”