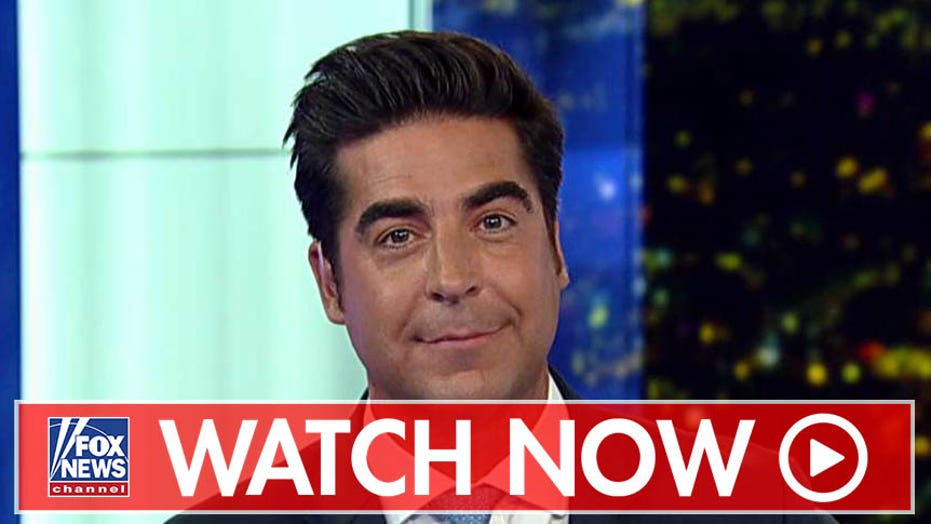 Biden's recent gaffes, and a new report that the former U.S. senator from Delaware may scale back his campaign appearances as a result, are troubling, Watters claimed Thursday on "Hannity."

"He needs to call the MyPillow guy and nap off some of these gaffes," Watters said, referring to entrepreneur and outspoken Trump supporter Michael Lindell.

"I don't think he's going to make it, I literally don't," Watters added about Biden. "He's mixing up cities, he's forgetting when he was vice president." (Biden previously misstated the locations of two recent mass shootings and mistakenly said another had occurred while he was vice president when it actually occurred about a year after he left the job.)

"He needs to call the MyPillow guy and nap off some of these gaffes. ...  He's mixing up cities, he's forgetting when he was vice president."

"He flamed out the last two primaries. History is repeating itself," Watters said. He added that Biden appeared to get "knocked around" by fellow 2020 contender Sen. Kamala Harris, D-Calif., at a June debate, as well as by past claims of inappropriate touching.

"Think about what he said about China, about giving health care to illegal aliens, raising middle-class taxes, and eliminating oil and natural gas," he said. "The flip-flopping and the apologizing -- it's insane."

In the past, Biden made two previous attempts at running for president.

In 1988, he ran unsuccessfully in a primary that was ultimately won by then-Massachusetts Gov. Michael Dukakis. In 2008 he ran again but the Democratic Party nomination ultimately went to then-Sen. Barack Obama, D-Ill., who chose Biden as his running mate.

Earlier Thursday, former Obama adviser David Axelrod claimed the report of a scaled-back campaign schedule was a troubling development for the ex-vice president.

"This is bad advice. You can’t cloister the candidate and win," Axelrod tweeted.