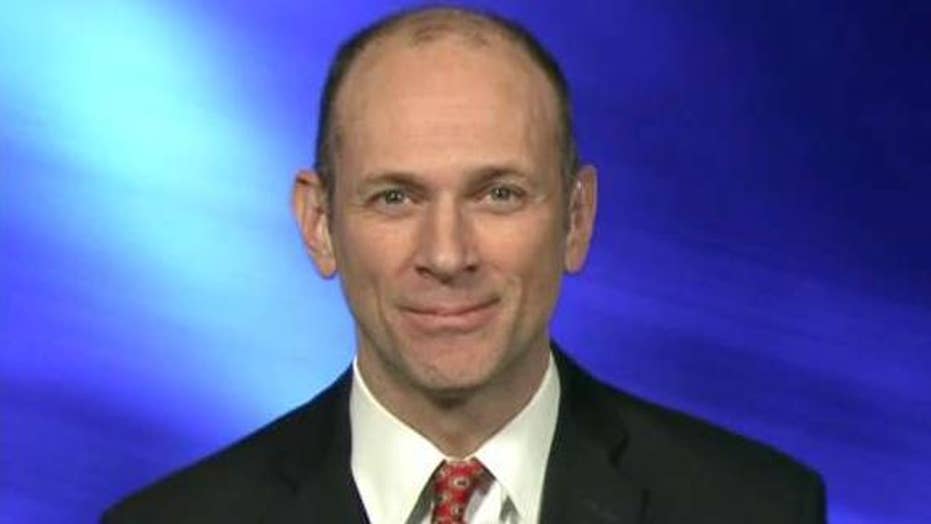 Economist Austan Goolsbee explained on Saturday why he was endorsing Indiana Mayor Pete Buttigieg for the 2020 Democratic nomination, saying that he didn't mean to slight former Vice President Joe Biden.

Goolsbee, a former economic adviser for President Obama, said that he was initially skeptical when other former advisers started supporting Buttigieg.

"As I got to know him and as I've seen his economic policy, I think is pretty spot-on, he's smart, he's a fresh face -- and I mean look at the chaos that's going on in Washington. He's not from Washington," Goolsbee said while appearing on "Cavuto Live."

Biden, who has been in D.C. for decades, has not received his former boss's endorsement, something he recently dismissed as unnecessary. At least two other Obama aides -- Reggie Love and Linda Douglass -- have thrown their weight behind Buttigieg as well.

Fox News host Neil Cavuto asked Goolsbee whether the Buttigieg endorsements were due to Biden "unraveling."

"In my case, it's about Mayor Pete and I like him and that he's a fresh face and he's got good ideas," he said.

"As you know, Neil -- we've had a conversation -- I love the vice president, I worked with him. It's not in any way against the vice president and I will support whoever is the nominee against Donald Trump because even the Democratic candidates that are farthest from me in this space -- they're far preferable for my purpose than what the president's doing."

Goolsbee's comments came as the party faced an apparent split between more progressive candidates like Sen. Elizabeth Warren, D-Mass., and moderates like Buttigieg.

When Cavuto asked why Goolsbee didn't support Warren or Sen. Bernie Sanders, I-Vt., he said he wasn't trying to "insult or run down anybody else."

Goolsbee added that he liked Buttigieg's health care plan which included a public option instead of the single payer system proposed by Warren and Sanders. Buttigieg proposed that plan as an alternative to "Medicare-for-all," which would entail cancelling private insurance plans.

According to Goolsbee, enhancing people's choice in health care "is the right way to start." Biden has proposed his own health plan that expands on the Affordable Care Act signed by former President Obama.