A never-before-seen photo of Princess Eugenie’s second wedding dress has hit Instagram, thanks to a candid post from her designer pal Zac Posen in honor of the royal’s 29th birthday.

“Every now and then you meet somebody who just knocks your socks off. This last year I got to know a young lady who possessed natural elegance, a heart of gold and sophisticated humor,” Posen captioned a photo of him and the royal, sporting the famed frock. “My studio and I had the honor (and the best time) collaborating with her on her special gown.”

“Best of all she is dedicated to using her privilege to help our world and its people with her project @the_anti_slavery_collective,” the style star concluded, wishing the newlywed princess a “happy birthday.”

Princess Eugenie and her longtime beau Jack Brooksbank tied the knot at St. George's Chapel on the grounds of Windsor Castle in October 2018. The ninth-in-line to the British throne won praise for highlighting her spinal scar from a childhood scoliosis surgery on her wedding day, sporting two low-backed dresses with long sleeves, fitted bodices and flowing skirts — a white Peter Pilotto creation for the church ceremony, and the blush-colored gown by Posen for the reception.

Eugenie’s father, Prince Andrew, divulged that Posen was inspired in part by “the beauty of Windsor and the surrounding countryside” in envisioning the princess’ wedding day look.

“The White Rose of York is subtly embroidered on both the shoulder and back which hold together the cape,” the father of the bride wrote on Instagram at the time.

Eugenie, too, revealed that Posen’s rosey creation paid homage in part to another iconic royal.

“I wanted something reminiscent of Grace Kelly in ‘To Catch a Thief,’ so I showed that for reference and Zac came up with this silk that he had found from Manchester, every single draping effect, every single detail, every button is all painstakingly done by him and his team,” Princess Eugenie said of the look, People reports.

“I’ve had a lifelong admiration for him as a designer — and because Zac is based in New York and I lived there for some time when I was younger, and for me it was an easy decision to make and Zac is such a cool, fun, brilliant designer and friend,” she gushed. 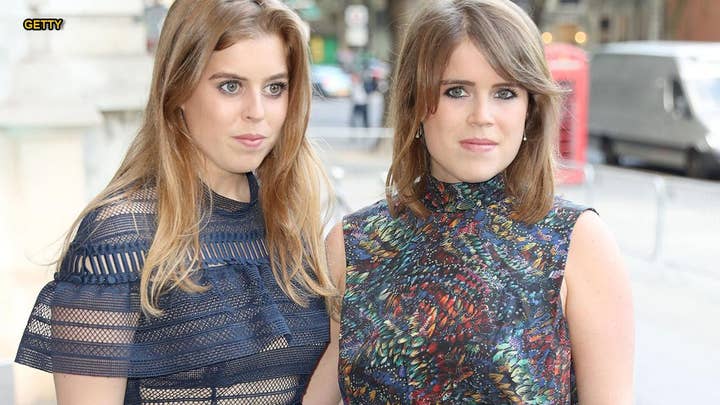