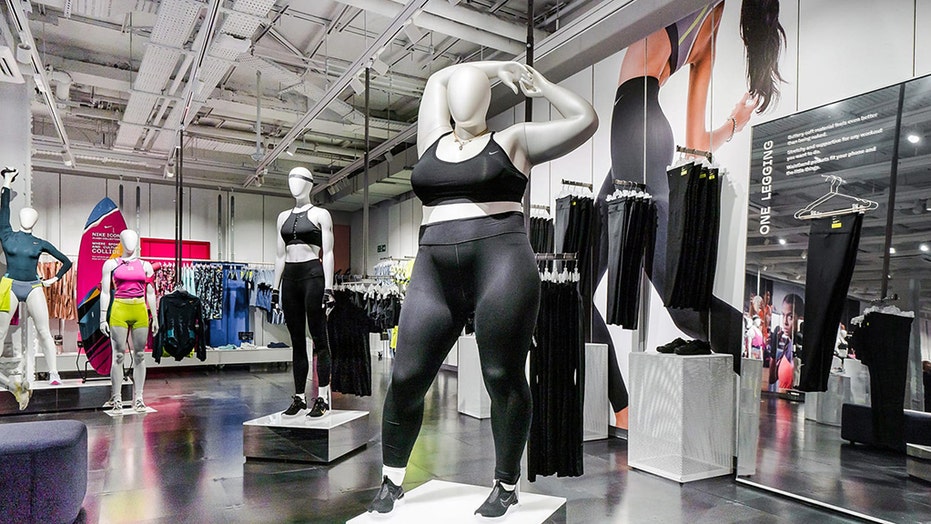 Critics of Nike's new plus-size mannequins are getting backlash for exhibiting less-than-model behavior.

The retailer recently unveiled a plus-size mannequin at its Nike location on Oxford Street in London, but some critics weren’t so kind to the mannequin upon its debut.

Writing in The Telegraph, Tanya Gold described the mannequin as “immense, gargantuan, vast” and [heaving] with fat” in an article suggesting Nike had given up on the “war on obesity” by debuting the inclusive mannequin. A detractor also lashed out on social media, repeatedly deriding the mannequin’s looks (and any customers who may share its shape).

Backlash to both was swift. Twitter users criticized Gold for her allegedly “fatphobic” remarks, and others chastising The Telegraph for publishing Gold’s article in the first place. One user even claimed the outlet's actions were essentially "fat-shaming by a national newspaper."

Others simply wondered what kinds of attire – if any – a plus-size person was “supposed” to work out in.

“It’s ludicrous that fat people are mocked, bullied and told to get to the gym and lose weight yet we are also told, we don’t deserve the access to active wear,” she wrote, in part, in a lengthy Instagram post admonishing Gold’s remarks. “Do you see how ridiculous that is? … It’s got nothing to do with health concern and everything to do with prejudice.”

As noted by The Independent, author Megan Jayne Crabbe even made a pilgrimage to the store to pose alongside the mannequin, joking that it was nowhere near the “disgusting” or “dangerous” mannequin it was allegedly being made out to be.

“People of all shapes and sizes were in the store. Some bigger than the mannequin, some smaller, and every single one deserves to see themselves represented and be catered for,” she wrote.

A representative for Nike was not immediately available to comment on the backlash to the mannequin, although the brand made clear on its debut that the company was aiming to “celebrate the diversity and inclusivity of sport” by showcasing “plus-size and para-sport mannequins for the first time on a retail space,” per a statement obtained by Footwear News.

“With the incredible momentum in women’s sport right now, the redesigned space is just another demonstration of Nike’s commitment to inspiring and serving the female athlete,” said Sarah Hannah, general manager and VP for women in Europe, the Middle East and Africa.

And for some social media users, the message has been well-received.

The Telegraph, meanwhile, had also published an additional article concerning the Nike mannequins the day after Gold’s was published, with this one dubbing the mannequins as “inspirational.”