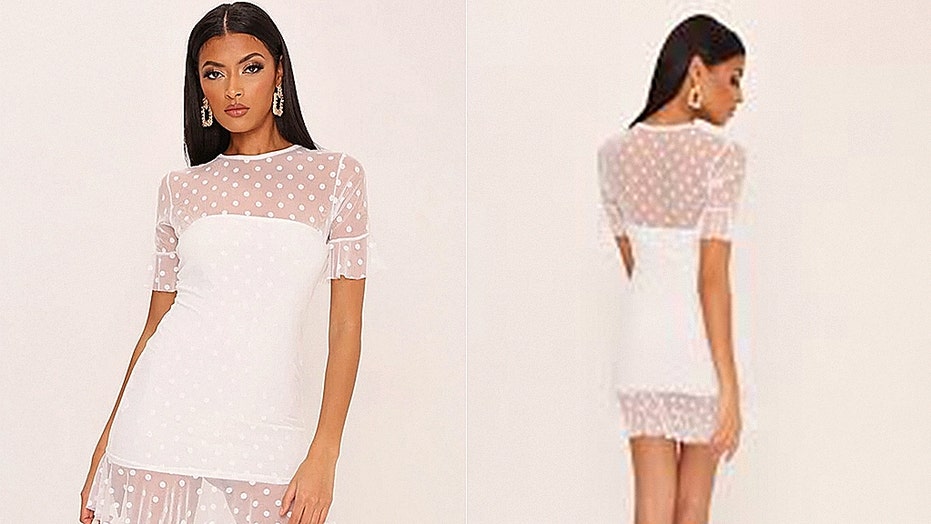 That's not what she ordered.

A woman in the U.K. had to laugh when she tried on a semi-sheer dress she purchased online from a fast-fashion retailer — only to learn that it featured a neck hole barely large enough for a grapefruit, let alone her head.

Last week, Phoebe Buchan caused a stir on social media when she posted a photo of the "white Dobby mesh frill sleeve mini dress" from retailer I Saw It First, after she realized there was no way the summery frock was going to fit over her head.

“I received this dress 2 days ago with a ripped neck — not exactly surprised as the second dress I ordered looks like this,” Buchan, from England, lamented on Twitter on Aug. 9. “How on earth does anyone with a head wear this?”

One woman in England was recently disappointed to realize that only a grapefruit could ever truly wear a dress she bought online. (iStock)

In an excellent visual illustration of the issue, the 19-year-old woman shared photos of the too-small white dress stuck on her head and an image of a real-life grapefruit in the garment’s neck hole.

The shopper continued to bemoan her situation, explaining that her weekend was “ruined” because of the outfit's flaw.

“How on earth does anyone with a head wear this?” the shopper said of an alleged flaw in the semi-sheer dress she purchased from I Saw it First. (I Saw it First )

The Daily Mail has since reported that the $21 item has apparently been removed from the retailer's website as of Tuesday morning.

As for celebrity partnerships, I Saw It First bills itself as the "exclusive fashion partner" of hit U.K. reality show “Love Island.”

Reps for the brand did not immediately comment on the alleged fast-fashion fail.