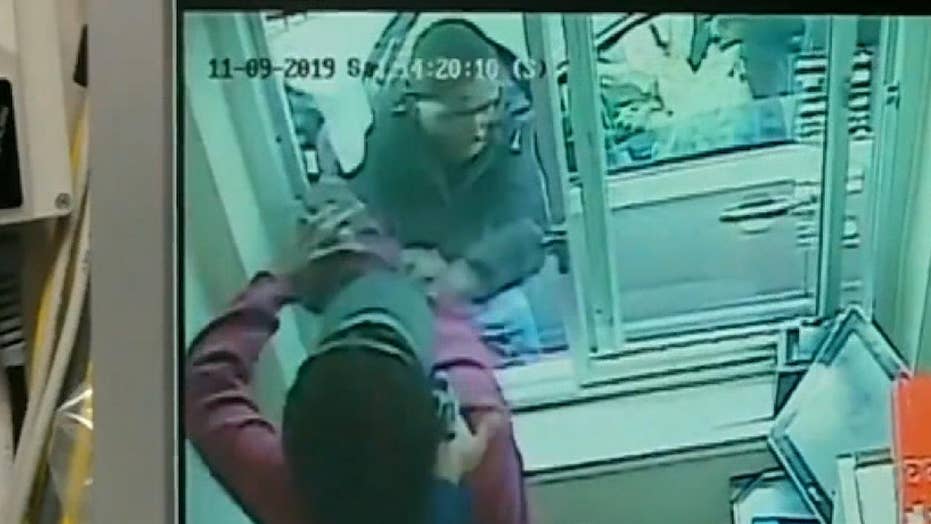 Two people were seen attacking a McDonald’s employee at a drive-thru window earlier this month in a fight that reportedly broke out over a receipt.

The Nov. 9 incident was caught on a security camera in the drive-thru and in the restaurant of a McDonald's in Henrico County, Virginia.

In the footage, a man and a woman are seen pulling a female McDonald’s employee out of the drive-thru window, hitting in her in the face and pulling her hair. A coworker helps pull the woman back into the restaurant.

According to police, the attack started because of a dispute over a bill. Police did not disclose any further information about how the altercation began.

The fight began over a bill, police confirmed. (Henrico Police)

The suspects seen in the footage fled the scene in a dark grey Toyota Camry with a bent front license plate, officials said. Police requested the public contact Crime Stoppers, at 1-804-780-1000, or the Henrico Police, at 1-804-501-5000, to share any information regarding the identity of the attackers.

“People don’t have any respect these days,” area resident Jesse DeBraux said to WRIC in response to the incident. “All this over a cheeseburger or a bag of fries.”