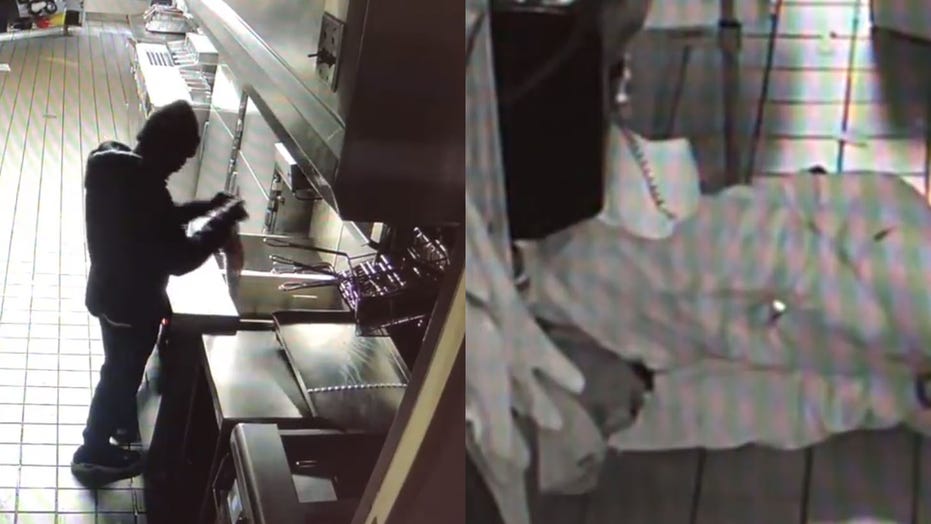 This guy really made himself at home after breaking into a Taco Bell.

Surveillance cameras captured footage of an unidentified man breaking into one of the fast-food chain’s locations in Gwinnett County, Ga. The suspect then used an insider-level understanding of the restaurant’s kitchen to make himself a meal.

Then he took a nap.

The break-in occurred around 12:15 in the morning on Christmas day, WSB-TV reports. The footage shows the suspect pull bags of ingredients out, and work the fryers before eating his meal and then taking a nap.

The Gwinnett County Police Department uploaded the footage to Facebook, where they captioned it, “On Christmas morning, a man broke into a local fast food restaurant, prepared some food, and eventually took a nap. This occurred at the Taco Bell at 4880 Sugarloaf Parkway in Lawrenceville.”

Also during the holidays, a Taco Bell employee in Michigan was arrested after causing severe damage to one of the fast-food chain’s locations. Authorities are still investigating the incident, but it’s believed to have been sparked when the employee was called away from a holiday party to clean the restaurant.

Joblinski reportedly threw a chair through one of the restaurant’s windows and caused other damage to the interior of the business. When authorities arrived on the scene, they believed that he was attempting to break into the restaurant.

According to the Hillsdale County Prosecuting Attorney Neal Brady, Joblinski was at an employee holiday party when he was called back to work to close the restaurant and clean up.