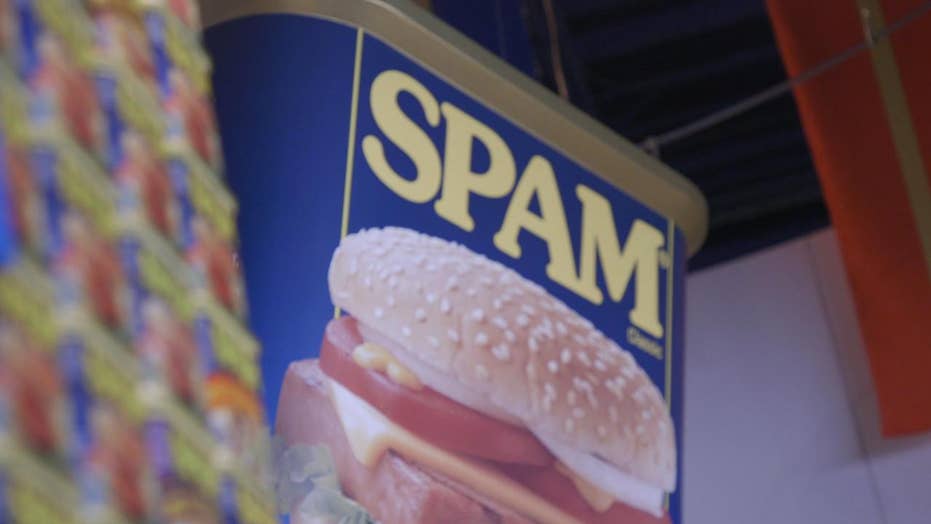 Origins of Spam: Celebrating 80 years of the canned meat

You can grill it, fry it, or eat it right out of the can: Spam. For over 80 years the salty canned meat has been feeding America. From its start in a small Minnesota town to its global presence today, here’s the origins of Spam’s flavorful history.

Sometimes, the most beautiful things in the world only exist for a few fleeting moments before they’re gone. And then, there is Pumpkin Spice Spam.

Unfortunately for anyone still looking to score some of the seasonally flavored meat-product, there are reportedly no plans to make any more.

It only took seven hours for the limited-edition Spam to sell out, the Minneapolis Star Tribune reports. The product was released on Monday through Walmart.com and Spam.com.

In a statement obtained by the Star Tribune, a spokesperson for Minnesota-based Hormel Foods said, “Our fans continue to amaze us with their passion for the Spam brand. At this time, we do not have any plans for more Spam Pumpkin Spice products, but we're always keeping our eye on new flavors or varieties that will resonate with our fans.”

COCA-COLA'S SURPRISING NEW FLAVOR IS 'SUPER DIFFICULT TO TRACK DOWN'

Pumpkin Spice Spam might seem like an odd combination, but it isn’t the first meat to be paired with the seasonal spice. In 2018, Buffalo Wild Wings offered fans a limited-edition pumpkin ale sauce for its famous chicken wings.

Fortunately, anyone looking for another way to get their pumpkin spice fix will still have plenty of options. Unfortunately, there have also been some pumpkin-spiced-fake-outs as well.

In mid-August, Busch Beer reportedly posted an image to their social media pages (that has apparently since been deleted) that appeared to promote a pumpkin spice latte flavored hard seltzer. The most shocking part of the supposed reveal was that the drink would reportedly have a 17 percent ABV (alcohol by volume).

At the time, a representative for Busch told Fox News that the Busch Pumpkin Spice Latte Hard Seltzer is “not real” and was “meant to be a joke.”