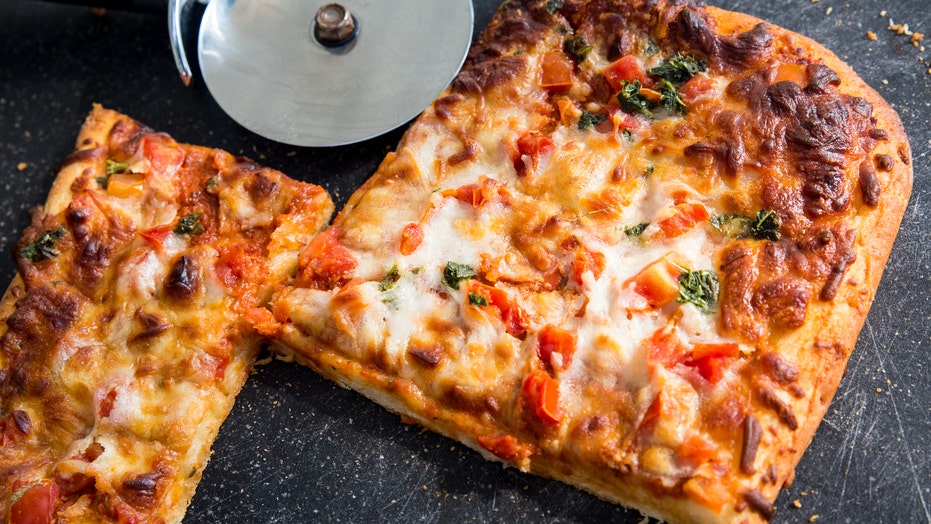 Talk about a food fight.

A viral post of a circular pizza pie cut into squares has sparked online debate and highlighted the regional divide over the proper way to have a slice.

“All my Chicagoans… which piece are you picking up first,” the person tweeted. Different sections of the pizza were labeled 1 through 4.

Many Twitter users claiming to be from Chicago and St. Louis agreed that the "1" slice, from the top left corner of the pie, was the “correct” choice.

“Is ‘corners first’ an acceptable all-of-the-above answer,” one person tweeted.

“You eat 1 while opening the box and then grab some combo of 3s and 2s,” another wrote.

Another Twitter user added, “A Chicagoan understands you start with the corner piece (1) of a round pizza. And if it’s too small and cheeseless, it goes to the dog.”

BAKER CREATES STUNNING ARTWORK OUT OF PIZZA: 'IT WAS A HUGE HIT WITH CUSTOMERS'

But of course, not everyone agreed. In fact, some Twitter users from the East Coast found the entire pizza to be offensive.

“Who’s the genius who thought it made sense to cut a round pie into tiny rectangular pieces?” one person commented.

“None because you've absolutely butchered an otherwise tasty looking pizza. Ain't y'all ever heard of slices in Chicago?!” someone else tweeted.

Another Twitter user hilariously wrote: “I’m moving back to NYC is what I’m doing.”

“Yet witness the below tweet espousing Chicago-cut pizza, which flies in the face of all that we know about slicing pizza,” Kuperinsky wrote. “Forget which slice you would choose. Sure, you’ll get more slices when you cut a pie like that, but at what cost?”

The tongue-in-cheek column apparently struck a nerve with The Takeout’s Aimee Levitt, who penned a counter article defending the sanctity of the Midwesterner tradition.

“For one thing, Kuperinsky assumes that New Jersey and New York have the One True Pizza Tradition. This is not true. Plenty of other places have their own pizza traditions -- including places in the Midwest,”  Levitte said.

“And this is how some pizzerias -- though by no means all -- cut thin-crust pizza in Chicago, and also St. Louis, and many other reasonable places. This is how we’ve been eating our pizza for decades," she wrote.

Levitte added: “So I would like to say, in my most polite Midwestern way, please stop trying to argue that the cuisine of an entire region is inferior to your own just because it is something that is unfamiliar to you.”

“We know that our food has its quirks, and we enjoy joking about them -- the pizza slice tweet and the responses to it should be Exhibit A," she said. "But if you’re going to mock those quirks, you really should bother to learn what you’re talking about first instead of dismissing them out of hand.”