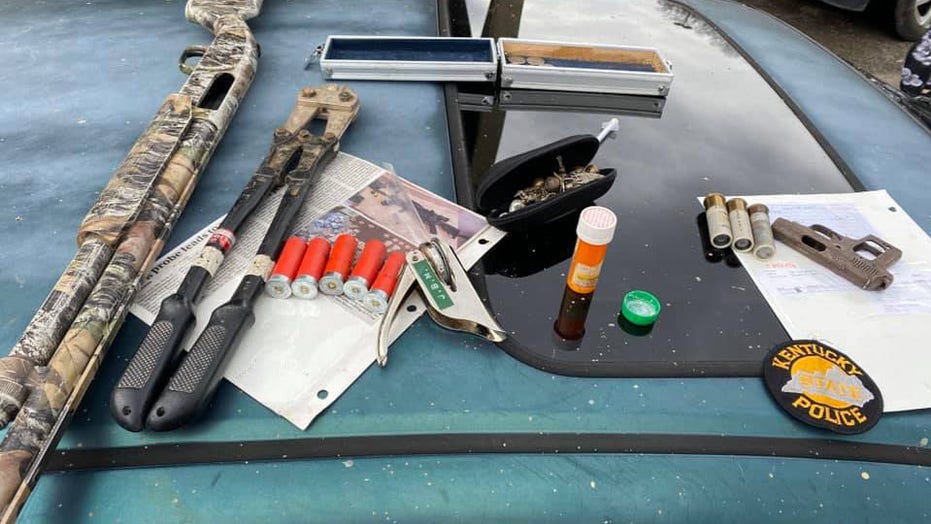 While on a trip to pick up pizzas for a local archery tournament, a Kentucky sheriff found himself in a unique situation. Apparently, one of the other customers picking up pizza at the same time was a wanted fugitive.

Not to be deterred by his pizza mission, the sheriff took the suspect into custody.

The sheriff's office shared an image on Facebook of the items found on the suspect at the time of arrest, which include what appears to be a camouflaged shotgun, several rounds of ammunition, large bolt cutters and a substance that appears to be drugs.

On Facebook, many residents thanked Stines for his hard work and determination. One commenter quipped that the suspect should’ve opted for delivery.