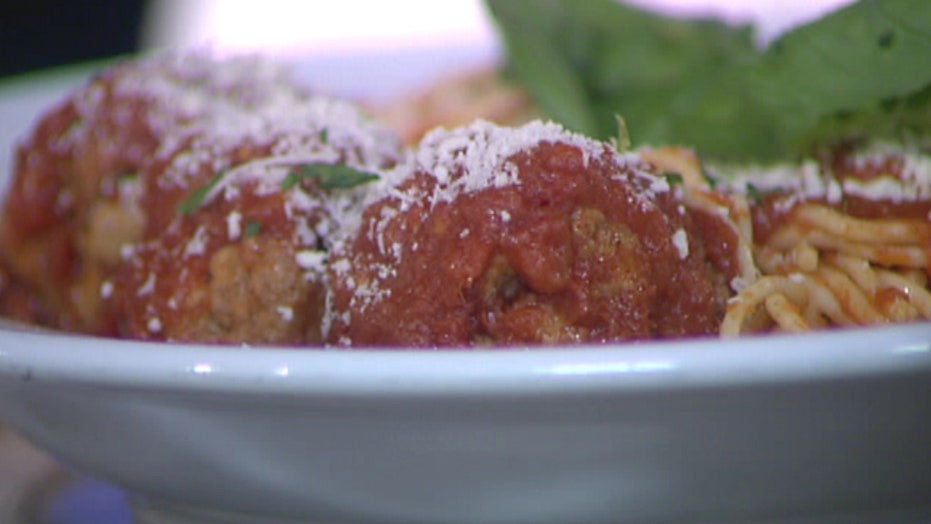 Patsy's: A recipe for success

Patsy’s Italian Restaurant, in midtown Manhattan, is famous for being Frank Sinatra’s favorite restaurant in New York City for decades. But the eatery, which has been in business since 1944, has hosted a star-studded cast of diners at its linen tablecloths, including Al Pacino, Alec Baldwin, Tom Hanks, Madonna, and many others.

“Just the other day it was Michael Buble’s birthday and he celebrated it at Patsy’s with us,” Patsy’s grandson and current chef, Sal Scognamillo said about the Grammy award-winning singer. “We’re so lucky … because the people that do come have been so loyal to us.”

“The reason we’re still here is because the family is still here."

But don’t be fooled by imposters: While there are other pizza shops and eateries with similar names around town, the real Patsy’s has only one location in New York City, on West 56th Street in the heart of Midtown.

“If someone has never been to my restaurant, I can’t tell you how many times this happens, someone has never been to my restaurant [and] they’re coming to New York. They’re coming from California, but they bought a jar of my sauce. They have come to me and actually said, ‘Oh my goodness. If you can do this in a jar, I can’t wait to see what you can do at the restaurant,’” said Scognamillo.

The kitchen at Patsy’s has been in the Scognamillo family from the beginning: starting with patriarch Pasquale “Patsy” Scognamillo, then passed to his son, Joe, and finally to Sal, who has manned the kitchen for the past 25 years.

“The reason we’re still here is because the family is still here. There’s always a member of our family at that place. We’re always watching it, always making sure,” said Scognamillo. “The best compliment ever [is] when people say, ‘Sal, I feel like I’m eating at home.’”