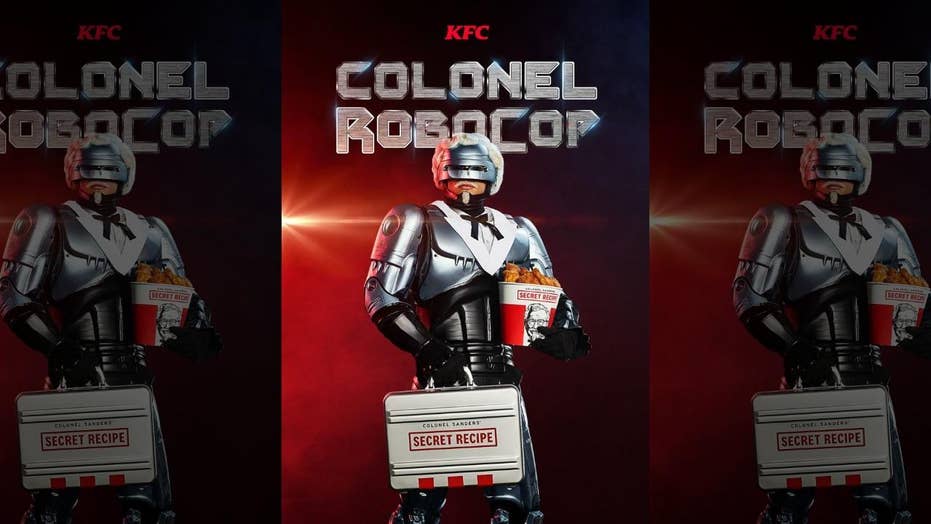 Part man. Part machine. All KFC. RoboCop has been tasked by KFC to protect their new secret recipe.

KFC is looking to provide additional protection for its secret recipe, so naturally, the chicken chain is resorting to the same tactics favored by corrupt mega-corporations from ‘80s action films.

Colonel RoboCop’s gimmick, however, seems to carry a little more weight: The fast-food chain has reportedly tasked him with “successfully transport[ing] an encrypted copy of the secret recipe to one of the most secure vaults in the world — the Bahnhof maximum security nuclear bunker located in Stockholm, Sweden.”

His secondary directive, naturally, will be to appear in a series of commercials for KFC’s $20 and $5 Fill Up offers, wherein he threatens to eliminate anyone who hounds him for the recipe.

“For decades, fried chicken fans have tried and failed to recreate the distinctive, sought-after taste of the Colonel’s secret recipe,” said KFC chief marketing officer Andrea Zahumensky in a press release. “So more than 30 years after his debut, we commissioned RoboCop with a new directive — to act as protector and preserve a copy of our secret recipe by transporting it to a nuclear proof location.

“Now, if you happen to survive the apocalypse, you can still enjoy Kentucky Fried Chicken. Makes perfect sense, right?”

The Bahnhof bunker, also known as Pionen, was built in 1943 and designed to withstand a nuclear blast. Bahnhof, a Swedish Internet service provider, purchased the bunker just over a decade ago to house its data center and servers.