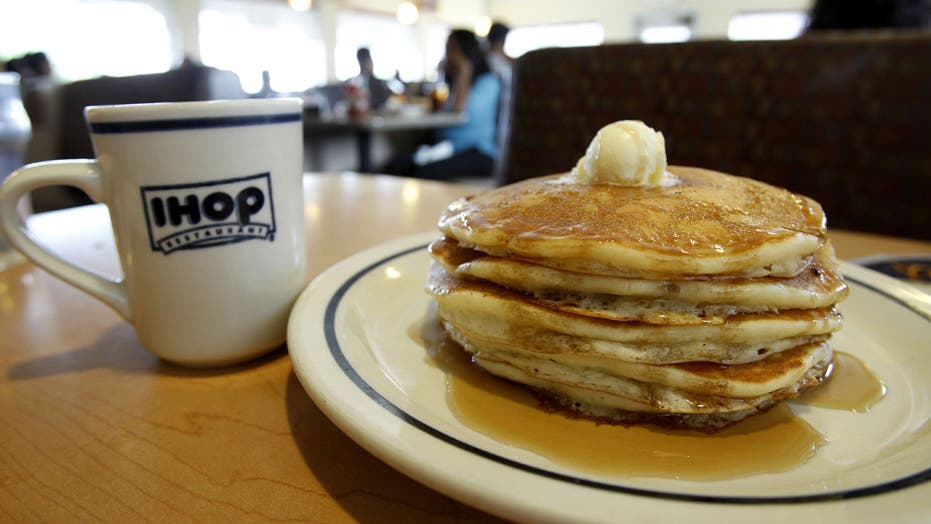 In honor of National Military Month this May, IHOP has announced a new national campaign to help fund educational efforts for the children of Armed Forces personnel who died in the line of duty.

On May 1, reps for the pancake chain announced their fundraising endeavor in partnership with the Children of Fallen Patriots Foundation (CFP), as per a news release. IHOP hopes to raise $1 million for the cause, funding college scholarships and educational counseling for military kids.

“Taking care of kids and families is at the heart of what we do every day at IHOP and has been a part of our brand philosophy since we first opened our doors in 1958,” IHOP president Darren Rebelez said in the announcement.

“IHOP and Fallen Patriots share the belief that children are our future and that together, we can set tomorrow’s leaders up for success,” he continued. “As a veteran myself, I’m incredibly proud of our franchisees and what we’re doing as a brand to help raise $1 million on behalf of Gold Star families, many of whom are family members, friends, neighbors and guests.”

According to the announcement, IHOP customers can support the effort by purchasing a $5 wall sticker at any restaurant or making an on-check donation to CFP, from now until May 31.

In the weeks ahead, IHOP plans to announce additional information on the $1 million fundraising goal and month-long National Military Appreciation crusade. (Reuters)

Customers at the breakfast-centric chain who buy a wall sticker will also receive a $5 voucher off their next purchase of $10 or more.

In the weeks ahead, IHOP plans to announce additional information on the $1 million fundraising goal and month-long National Military Appreciation crusade, according to the release.

Reps for CFP, too, echoed sentiments that the collaboration was a natural fit.

“When you think about IHOP, you think about family and community,” David Kim, co-founder and CEO of the organization, said in the news release. “On behalf of the families we serve, I would like to thank everyone at IHOP for their tremendous support.”

“Not only is their financial aid much needed, but just as importantly this initiative tells families who lost a loved one serving our nation that their fellow Americans will never forget their sacrifice,” Kim added.

Over 20,000 American children have lost a parent in the line of duty since 1983, as per the CFP. Today, the organization works to ensure that the children of fallen patriots from all branches of the armed forces can afford to attend college, as per their website.

“We believe a college education is the single most important gift we can give these children,” the CFP’s mission statement reads. “We believe this is one of the best ways we can honor those who died defending our country.”