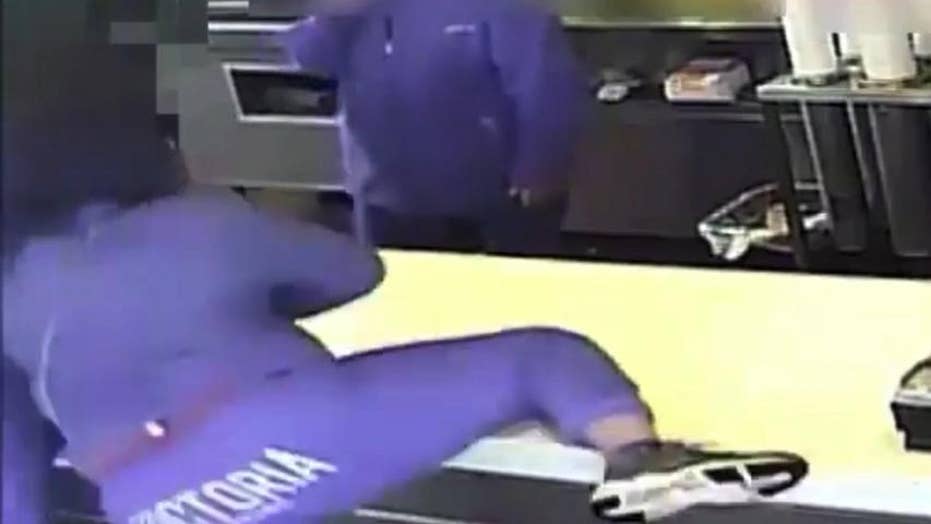 A Michigan woman was arrested after throwing a violent fit in Burger King because her burger came with tomatoes.

One Michigan woman landed herself on the wrong side of the law after throwing a violent fit in Burger King, reportedly because the burger she ordered from the chain had tomatoes on it, much to her dramatic dismay.

Porsha Tyler stormed into a Livonia Burger King and demanded a cash refund, WXYZ reports, as the burger she ordered included tomatoes, which she clearly did not want. The incident occured on Jan. 27.

According to the outlet, the woman brought the sandwich with her and things quickly took a turn for the worse.

"The clerk was more than kind to her and offered her a refund of food," Liovnia Police Department Captain Ron Taig told the outlet. "Porsha wasn't having that. She obviously didn't get it her way that day and she went on a tirade.”

The Burger King employees proceeded to offer her a store credit, but the 34-year-old Harper Woods woman only wanted cash, NBC 5 reports.

As documented in surveillance video footage shared by the authorities to Facebook, where it has since gone viral with well over 8,000 views, Tyler proceeded to throw a furious fit. Yelling, pointing and trying to climb over the counter, she also threw a cookie rack and wet floor sign at the Burger King staffers behind the register.

The new sandwich dares to challenge the competition. (Burger King)

Meanwhile, a male companion who came with Tyler to the store attempted to hold the outraged woman back — though she certainly succeeded in causing a commotion.

The two proceeded to exit the store and Tyler was not arrested until March 11, Detroit News reports. She has since been charged with assault, battery, obstruction and malicious damage to property, as per NBC. A pretrial conference has been set for March 26.

"We want people to know this isn't acceptable behavior," Taig told the outlet. "Whether it's a restaurant or road rage, incidents like this can spill into so much more."