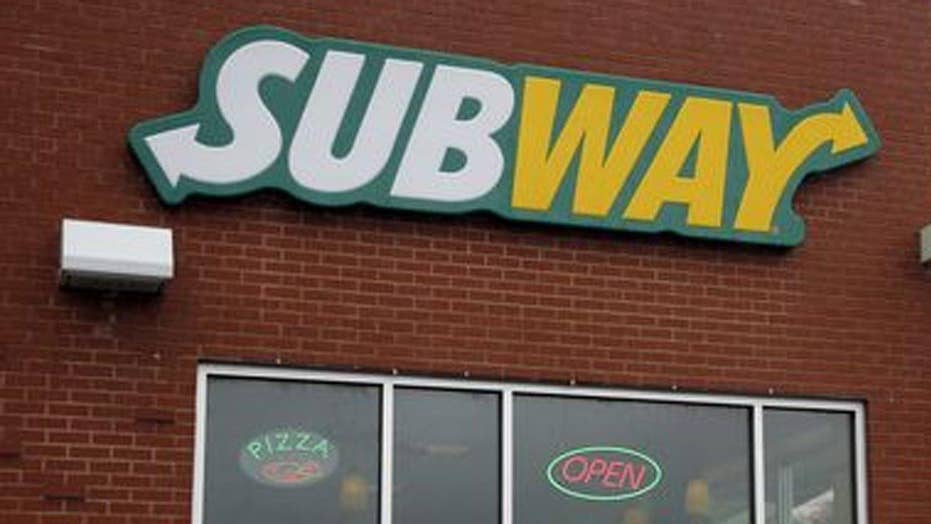 No matter where you go, it always seems like a Subway isn’t far away-- that's because there are over 44,000 locations around the world.

And while you might think you know absolutely everything about the world’s most ubiquitous fast-food chain, there are many things you’d be surprised to learn about the company.

Subway began as a single, humble sandwich shop, opened in 1965 in Bridgeport, Conn. Called Pete’s Super Submarines, it was renamed Subway in 1968, and as the founders built out their franchise plan they created a parent company, called Doctor’s Associates Inc. (this odd moniker apparently came about because one founder had a doctorate in physics and the other was hoping to go to medical school).

The chain expanded rapidly, and is continuing to grow. And it has plenty of options-- whether you're looking to cut back on calories or go for some mightier meaty options.

Read on for more fascinating facts about the world's largest sandwich chain.

Founder Fred DeLuca created Subway in 1965, when he was 17 years old, with a $1,000 loan from a family friend named Peter Buck.

In keeping with the "subway" theme, the BMT sandwich was named after the Brooklyn-Manhattan Transit system, one of the original New York subway lines. Today, we know it as "Biggest, Meatiest, Tastiest," with pepperoni, salami, and ham.

All Subways smell the same. Apparently, this is because all Subways use the same bread. They are sent to all franchises frozen and the shops thaw them out before baking them behind the counter. It is hinted that the caramelization smell of the sugar has something to do with the distinct smell, but it’s still a mystery what makes this particular bread smell so unique.

More from The Daily Meal:

McDonald’s, Subway, Taco Bell – Where Were They Born?

There are about 2 million possible sandwich combinations.