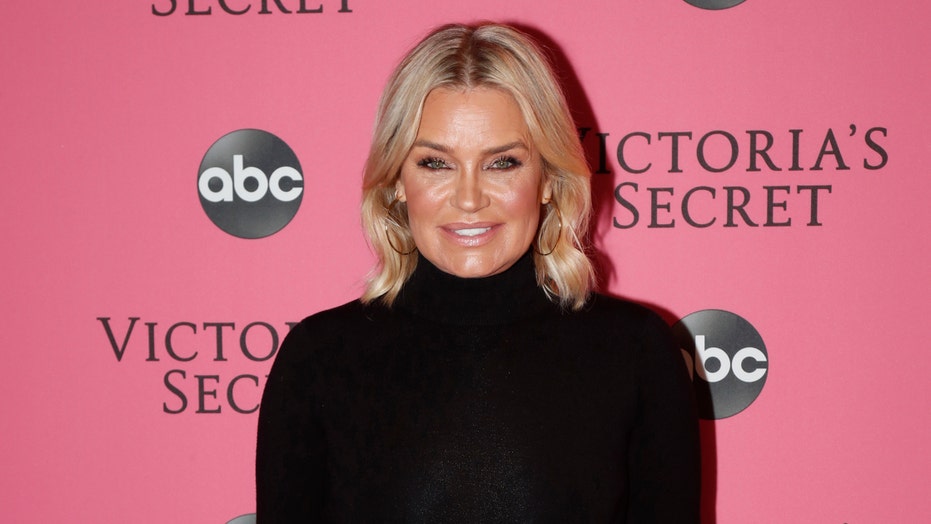 Yolanda Hadid had an extra spring in her stiletto Tuesday as she stepped out in New York with the new man in her life.

“#ILoveYou,” she gushed in an Instagram post Wednesday, which included a photo of the couple and identified her companion as businessman Joseph Jingoli.

The former “Real Housewives of Beverly Hills” star, 55, also included the romantic lyrics to a song by the band Rascal Flatts called “Bless the Broken Road.”

YOLANDA HADID, 55, LOOKS STUNNING IN NEW BIKINI PIC WHILE ON VACATION IN HER 'HAPPY PLACE'

“This much I know is true, that God blessed the broken road that led me straight to you,” she wrote.

As they strolled in Manhattan, Hadid kept it casual, pairing her gray T-shirt with cuffed slacks and charcoal-colored heels, while Jingoli, a successful investor, wore a light gray T-shirt with jeans and a ballcap.

In July, Hadid alluded to a new love on Instagram, captioning a photo: “Feeling blessed and grateful for your love….. #NewChapter #GodIsGood#IamALuckyGirl.” She posted a snap of a male companion later on her Instagram story, according to People.

A spy caught Hadid “canoodling with a new guy” back in February while attending a birthday party for The Weeknd, daughter Bella Hadid‘s on-and-off-again boyfriend. It’s unclear if it was Jingoli.

Hadid split from second husband David Foster in 2015 after six years of marriage. She was previously married to Mohamed Hadid from 1994 to 2000. They share three children, daughters Gigi, 24, and Bella, 22, and son Anwar, 20.