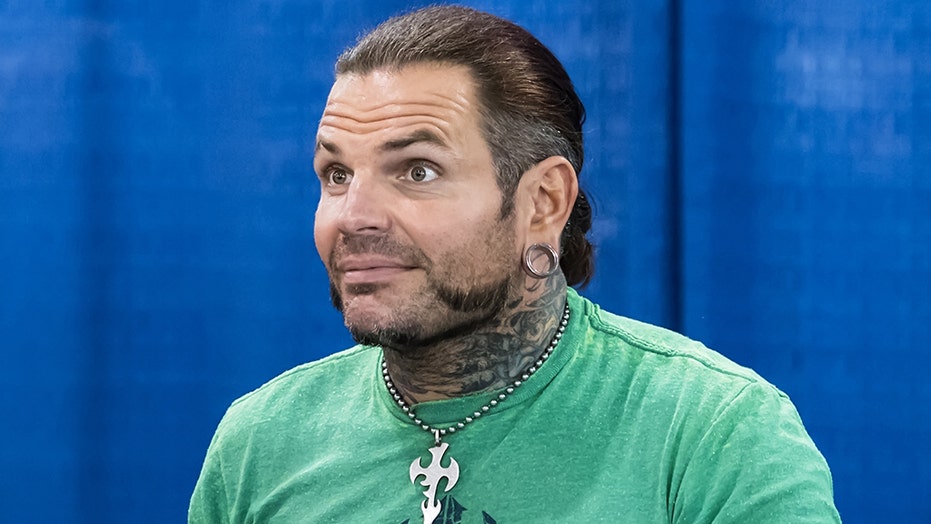 The WWE has issued a statement to Fox News in response to the recent reported arrest of professional wrestler Jeff Hardy after the troubled performer’s second DWI arrest in as many years.

“Jeff Hardy is responsible for his own personal actions," read the response from the entertainment entity.

Hardy was arrested on Thursday night around 10:30 p.m. after he was stopped for suspicion of driving while impaired and was later found to be driving on a revoked license, according to TMZ.

One-half of the much-celebrated Hardy Boyz, Jeff Hardy, 42, has had his share of run-ins with law enforcement. Just last March, the boisterous superstar was hit with his first DWI after he was cited following a single-car accident in which Hardy admitted to being the driver of the mangled 2016 Cadillac CTS-V sedan. Police said at the time that Hardy submitted to a breath test where he reportedly blew a .25 – more than three times the legal limit.

The longtime wrestling cornerstone was recently arrested in July for public intoxication while in Myrtle Beach, S.C. and was released on less than $200 bond, per the gossip outlet. He also served time in jail in 2011 stemming from a cocaine and prescription pill arrest in 2009.

Hardy performs under the “Smackdown” brand for WWE and is currently recovering from a knee procedure he underwent in May that forced him to miss out on his big debut on FOX Friday night.

Hardy’s brother, Matt, tweeted in response to Jeff’s recent struggles on Saturday and echoed the WWE’s sentiment on Jeff’s decisions.

“Since so many have asked me about my brother tonight-I love my brother & want him to be happy & healthy. I’ve expressed that to him as much as I can,” Matt wrote to his followers.

“Jeff has to make his decisions about his life. I have to focus on my 2 boys & soon to arrive son. I can only control MY actions.”