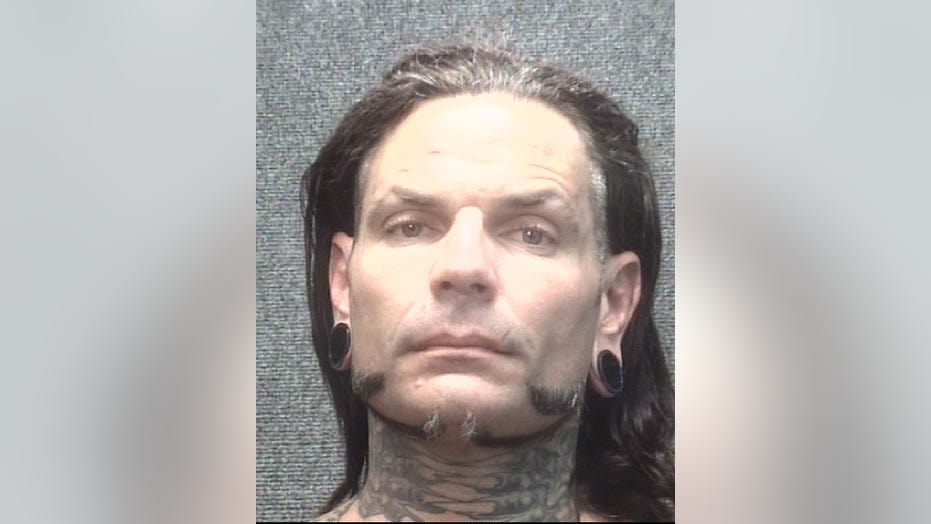 Wrestling superstar Jeff Hardy, half of the WWE's "The Hardy Boyz" tag team, was arrested by Myrtle Beach, S.C., police on Saturday and charged with public intoxication, according to a report.

Myrtle Beach Online reported that police were called to the Ocean Enclave by Hilton Grand Vacations hotel for a report of an intoxicated man at approximately 11:15 a.m.

Hardy, 41, was arrested without incident and booked into the Myrtle Beach jail. If convicted of public intoxication, Hardy could face up to 30 days in jail and a $500 fine.

He was arrested in 2018 for a DUI charge and recently suffered a knee injury, according to a video posted in April on WWE.com.

Hardy was featured on the show Smackdown and is also a wrestler for IMPACT! where he goes by the name Brother Nero.

Click for more from the Myrtle Beach Sun News.