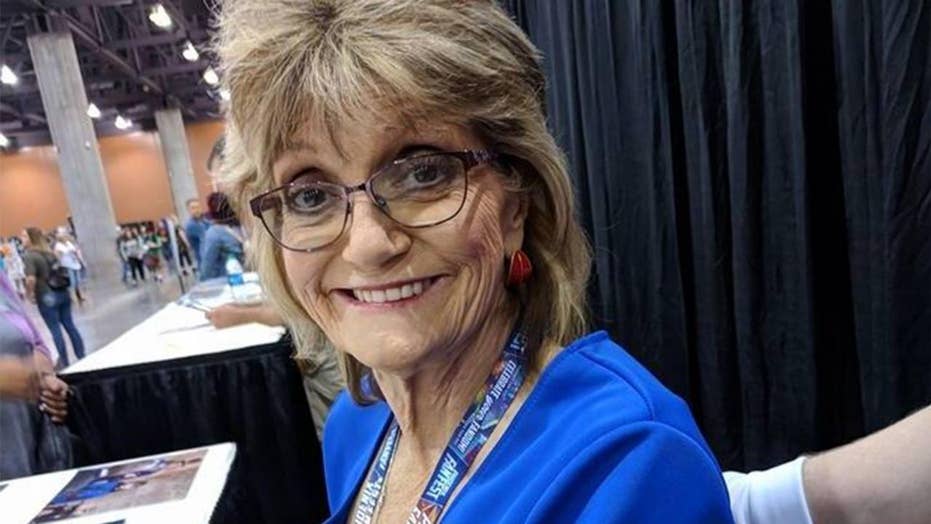 ‘Willy Wonka’ actress Denise Nickerson has been taken off life support 1 year after her stroke.

"Willy Wonka" actress Denise Nickerson has been taken off life support one year after suffering a stroke.

Her son Josh, and his wife, Jasmine, announced the news via Facebook on Wednesday. "They just took off all the equipment. None of it was helping, but making her only more uncomfortable. We're telling her it's OK to let go."

Nickerson's family also told TMZ that the 62-year-old has been taken off a respirator and she is no longer receiving medication.

Nickerson is best known for her role as Violet Beauregarde in the 1971 film starring Gene Wilder.

According to her son and daughter-in-law, Nickerson suffered a "major medical emergency" at home on Monday and was admitted to the ICU.

According to an update on the family's GoFundMe page, Nickerson, "got into her medicines and took as much as she could" while Josh and Jasmine were away at a doctor's appointment. Josh reportedly stopped her and brought her to the ER, where her condition got worse.

Jasmine later wrote on Tuesday that Nickerson's condition worsened and she was unable to breathe on her own, saying the former actress was in a "coma-like state." Jasmine also asked for prayers for her husband, who has "never really experienced a major loss like this."

"He is just coming to terms with the reality of the situation and doesn’t know how to process it. He says to me a few minutes ago that she won’t ever get to see or hold or know her granddaughter."

Nickerson was previously admitted to the hospital in June 2018 after having a stroke.

In “Willy Wonka” Nickerson played one of the spoiled children who wins a tour of the chocolate factory. An avid gum-chewer, she steals an experimental piece from Wonka’s factory that leads to her blowing up like a giant blueberry. Her career also saw her appear in roles on “The Brady Bunch,” "Dark Shadows” and “The Electric Company.”

She later became a nurse.