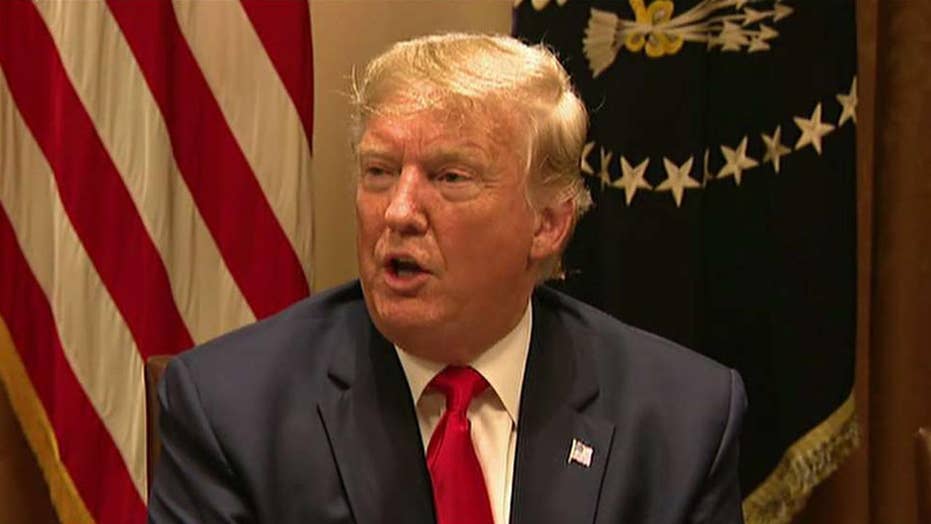 "The View" co-host Whoopi Goldberg accused President Trump of trying to break down the United States' legal norms by blocking an ambassador from testifying Tuesday about the Ukraine controversy.

She and her co-hosts were discussing the State Department's decision to prevent Gordon Sondland, the U.S. ambassador to the European Union, from testifying during a closed-door session with the House Intelligence Committee. President Trump defended the decision on Tuesday, tweeting that the committee was a "totally compromised kangaroo court."

"Stop trying to dismantle our system of law," Goldberg said on Tuesday. "This is how we do it. It's not perfect. It's not great to some people but we have a whole set of laws that you have to follow and sometimes it works in your favor ... and sometimes it doesn't," she said.

She added that the committee wasn't a "kangaroo court."

"These are your peers," she added in an apparent message for Rep. Jim Jordan, R-Ohio. Co-host Joy Behar criticized Jordan, who defended the administration's decision to block Sondland's testimony.

"He's in the cover-up," Behar said. "That's what he does for a living, Jim Jordan. He covers up crimes."

When co-host Meghan McCain chimed in, she favored not allowing the testimony because a closed-door session would reinforce the air of "secrecy" surrounding the Ukraine controversy.

She also pushed back on the "kangaroo court" descriptor but argued that Schiff was making the impeachment inquiry process unnecessarily "partisan."