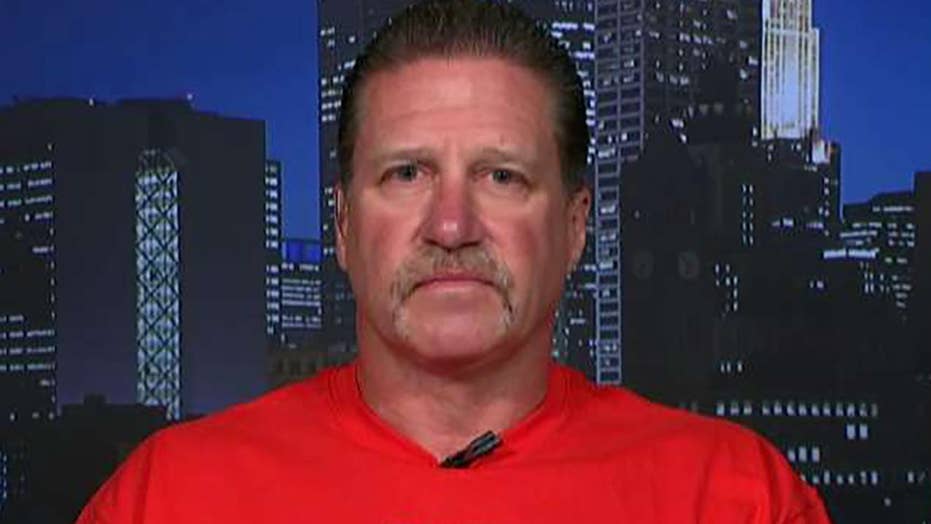 Police lieutenant and president of the Police Officers Federation of Minneapolis Bob Kroll says the 'Cops for Trump' shirts are selling out as fast as they come in.

The mayor of Minneapolis, a Democrat, is trying to "antagonize" and "bully" President Trump to discourage him from coming to the historically blue state, a police union leader said Tuesday.

Lieutenant Bob Kroll, president of the Police Officers Federation of Minneapolis, said on "Fox & Friends" that Mayor Jacob Frey is discriminating against Trump ahead of his upcoming rally at the Target Center on Thursday.

Kroll's claims are in line with Trump's campaign manager, Brad Parscale, who accused Frey of "abuse of power" over a proposed $530,000 security fee to use the arena.

"It's disparate treatment," Kroll said. "They have not charged nearly that much for other events..."

A campaign press release states: "The radical leftist mayor of Minneapolis, Jacob Frey, is abusing the power of his office and attempt to extort President Trump's re-election campaign by conjuring a phony and outlandish bill for security in an effort to block a scheduled Keep America Great rally."

The dispute came after Frey and Police Chief Medaria Arradondo announced the implementation of a new rule barring off-duty officers from appearing in a uniform at political rallies or events. Officers will still be assigned as security.

The new rule quickly drew the ire of members of the Police Officers Federation of Minneapolis, which sees the timing as a direct jab at the president, who is determined to flip the state's 10 electoral votes to the GOP.

ILHAN OMAR SAYS TRUMP 'TERRIFIED' OF HER 'INTERSECTIONALITY' AS A WOMAN, IMMIGRANT, MUSLIM

Chief Arradondo pushed back at the notion that the move was political in a news conference last week, saying that the department is "not showing favor or bias toward a particular political party or candidate," and that the step has been under consideration for a year after local constituents protested officers in uniform endorsing local and state politicians.

"I don't want the Minneapolis Police Department to be politicized at all," said Arradondo.

The police union has responded by creating red "Cops for Trump" shirts for the officers and others to wear, selling online for $20. 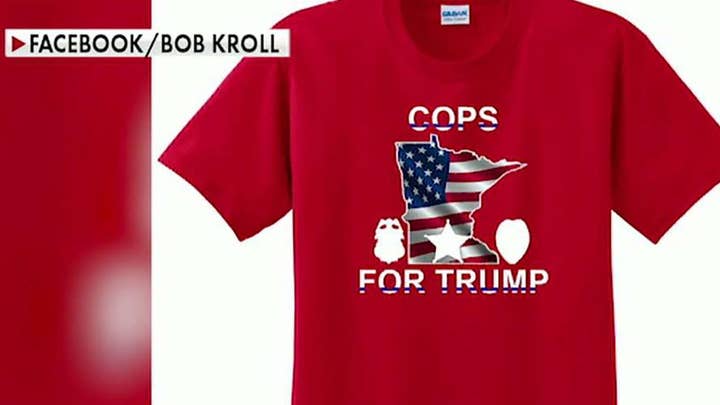 "In compliance with policy, we don't want any issue," Kroll noted. "So, we just thought you know what we'll turn the place into a sea of red with the shirts we designed. And, they're available and we can't keep them on the shelves. They've been selling out as fast as they come in!"

Kroll pointed out that, under previous administrations, officers in Minneapolis were ordered to stand behind presidents, calling out local politicians as "very left."