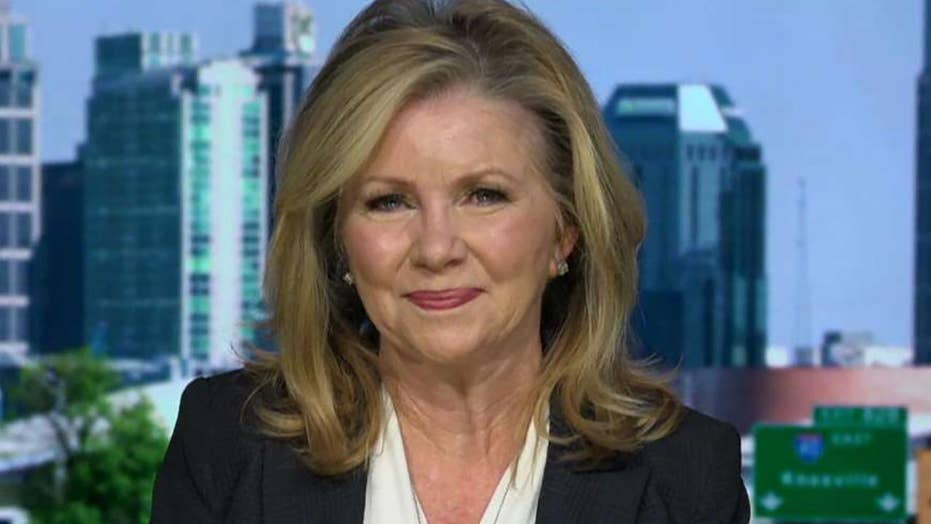 Republican Sen. Marsha Blackburn weighs in on the State Department blocking the E.U. ambassador's testimony on Ukraine and shares her concerns with removing U.S. troops from Syria.

Appearing on "America's Newsroom" with co-hosts Bill Hemmer and Sandra Smith, Blackburn, R-Tenn., expressed her frustration with the process after the State Department announced it would block European Union Ambassador Gordon Sondland from testifying before Democrats on the Ukraine controversy.

President Trump dismissed the deposition as a "kangaroo court" as he defended the decision to block Sondland from appearing at the closed-door session on Capitol Hill.

"What we do know is that the Democrats want this to be a Kavanaugh circus all over again. They want to rush the process, have people come forward before they're ready, or before they're prepared so that they can try to discredit witnesses. You're seeing that today," she explained.

Sondland's lawyers said that the ambassador traveled from Brussels to appear and was standing ready to testify on short notice.

Text messages show the ambassador working in accordance with the president's personal attorney, Rudy Giuliani, as he pushed for Ukraine to investigate former Vice President Joe Biden and his family.

Additionally, they revealed a conversation wherein the top American official in the U.S. embassy in Ukraine texted that it would be crazy to withhold security assistance to Ukraine to help a political campaign. Sondland denied that was the case, then said he wanted to take the conversation off text.

Sondland's Counsel Robert Luskin said in a statement on Tuesday: "Ambassador Sondland is profoundly disappointed that he will not be able to testify today...(and) believes strongly that he acted at all times in the best interests of the United States, and he stands ready to answer the Committee's questions fully and truthfully."

House Intelligence Committee Chairman Adam Schiff, D-Calif., told reporters that he considered the failure to produce this witness "yet additional strong evidence of obstruction of the constitutional functions of Congress."

Blackburn said the State Department "is going to abide by the Constitution, comply with the law, and protect the interest of this nation, and the executive branch."

"What the House is doing is another part of their continuation to discredit President Donald Trump, and to try to undo the results of the election," the senator said. "I mean, we know what they're doing and what we want to do is make certain that due process is provided and that the rule of law is followed."

"This is truly 'Rules for Radicals' in action," said Blackburn, referring to the 1971 book by liberal activist Saul Alinsky.

"They want to bring chaos. They want to bring division. This is the type [of] behavior that is going to continue to foster harsh attitudes and hateful rhetoric and it is time to bring this to an end and focus on what is good for the country."