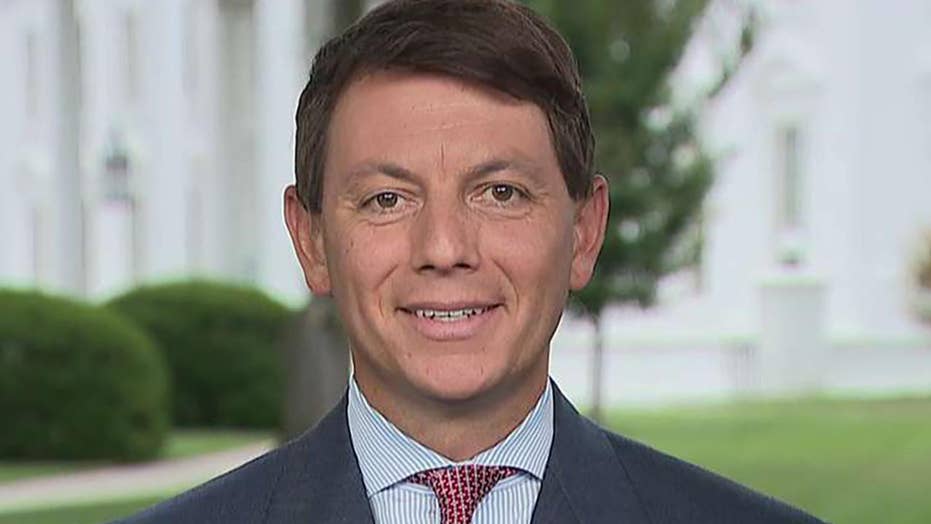 Appearing on “America’s Newsroom” with hosts Bill Hemmer and Sandra Smith, Gidley said that the president still wants to strike a deal with the Chinese.

“We had a deal in place. The problem was, at the last minute, they came back and tried to renegotiate that deal. And, we understand that, but the president said he’s not going to sign a bad deal.”

Gidley—echoing tweets from the president—also said that the Chinese had promised “a couple of things” without following through, including the addition of more agriculture products protecting American farmers. He said that the president, in turn, told the Chinese it was taking too long and decided to put more pressure on them by adding tariffs. Gidley also claimed that that pressure “doesn’t hurt us at all.”

“It makes China actually contribute, when they haven’t been doing it for a long time,” he said.

On Thursday, the president also tweeted that his representatives had just returned from “constructive talks having to do with a future Trade Deal.” He wrote that Chinese President Xi Jinping said he would stop the sale of fentanyl to the U.S., but never did.

The president said trade talks are continuing, but that during the talks on September 1, the U.S. will start putting an additional tariff of 10 percent on the remaining $300 billion of goods and products coming from China. However, “this does not include the 250 Billion Dollars already Tariffed at 25 [percent],” he said.

Reacting on Friday, Chinese Foreign Ministry Spokeswoman Hua Chunying threatened retaliation: “If the U.S. tariff-imposing measures are put into practice, China will have to take the necessary countermeasures to resolutely safeguard the core interests of the country and the fundamental interests of the people, and all the consequences will be borne by the U.S. side.” 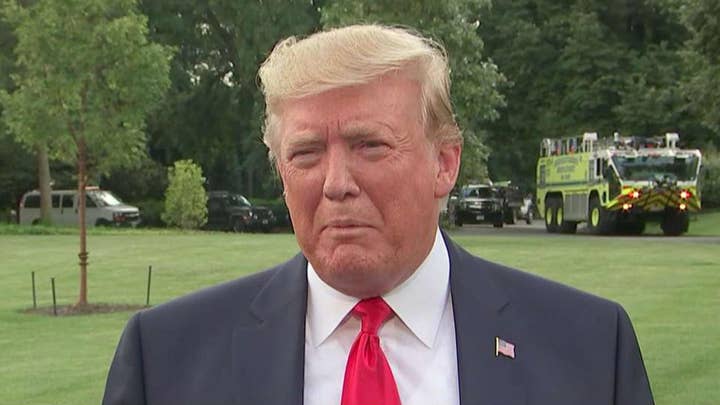 Back in the U.S., the issue is divided on both sides of the political aisle. On Thursday, Senate Minority Leader Chuck Schumer, D-N.Y., told reporters he supported the tariffs: “We have to be really tough on China. They’ve taken advantage of us…America has lost trillions of dollars and millions of jobs because China has not played fair. And, being tough on China is the right way to be.”

However, other Democrats like Senator Chris Coons, D-Del., do not paint the scene with the same brush. Coons told MSNBC’s “Morning Joe” Friday morning that, “What Trump got wrong was to first take the club of tariffs and swing it at our closest allies—at Canada, at Mexico, at all of our vital allies in Europe and Asia—before taking that tool to China.

“So, we face China in an “America First” posture which tragically…may end up being America alone,” he said.

On Thursday, 2020 presidential candidate Elizabeth Warren, D-Mass., tweeted: “We absolutely must be tough on China, but this haphazard approach of tariff by tweet is hurting American farmers and consumers. There’s no coherent plan beyond more and more escalation.”

Gidley vehemently disagreed with her, telling Hemmer and Smith, “We’re not going to take the lecture on economics from a devout socialist like Elizabeth Warren, who systematically wants to erode all of the successes and gains we’ve seen in this administration.”

Gidley told viewers that Warren wants to roll back all of the administration’s tax cuts and “take more money out of your paycheck.” He said she doesn’t “like success for all Americans” and that she wants to “pick winners and losers [like] socialism does.”

Gidley said that pushing Warren’s agenda of “infanticide,” “open borders,” and “standing up for anti-Semitic comments,” is “very problematic.” Instead, she’s trying to “erode” what progress the president has made with the Chinese and the U.S. economy, he said.

“But, the fact is the president is going to continue down this path because this path is clearly been proven to be successful,” Gidley stated.

“Reversing decades worth of the American worker, the American businessman, American industry, American companies being taken advantage of by China, is not going to happen overnight,” he added.