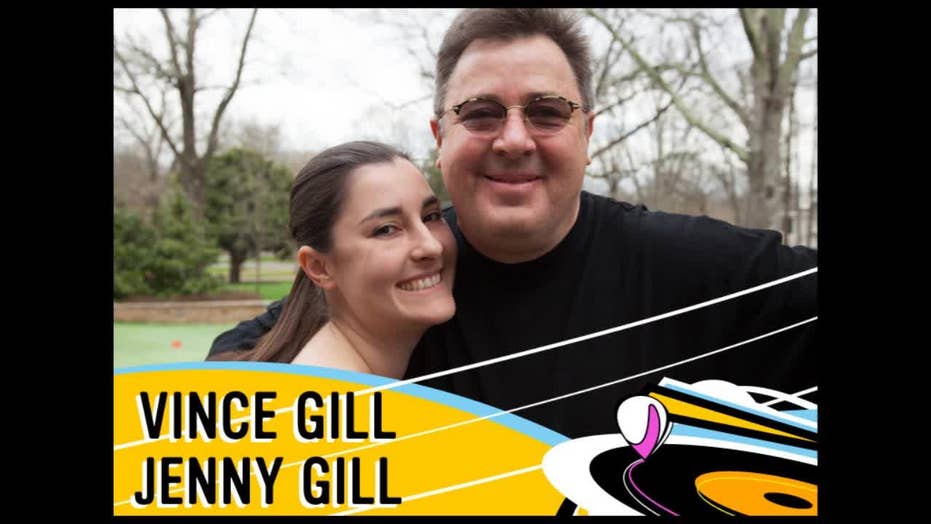 Children of Song: Vince Gill on Handling a Heckler

Vince Gill has his priorities straight.

The country star got emotional while recalling the time he passed up a chance to play the Grand Ole Opry to appear instead at his daughter’s 1st grade talent show.

“My whole life I always wanted to play the Opry… That had never happened," he said in an interview, alongside his daughter Jenny Gill, for the podcast “Children of Song.” "I’d been invited a couple of times by other artists to come and play with them at the Opry, and I said ‘I’d rather not, in that the first time I play there, I want it to be me. It means that much.’ We’re all ready for Saturday night, the talent show at school… They always book the Opry kind of the week of, especially back in those days, this was the late ‘80s. Phone rings and I pick it up.”

He said on the other end of the call was a representative from the Opry who wanted him to play the iconic venue.

“I said, ‘Man I’ve waited for this call my whole life.’ I said ‘Thank you. I’d be glad to. Just tell me what weekend.’ He said, ‘Well this weekend.’… I said ‘I appreciate the call but I’m already booked...’”

A few months later he was asked back, and this time, he played.

The 60-year-old star choked up during the podcast when he recalled another emotional performance, this time after September 11th.

“I’m playing in New York City, just outside of Long Island, and I had just shaved my head because a kid had cancer and was all uptight about her hair… anyway so I am playing New York City right after 9/11 and I sing ‘Go Rest High’ for a fellow that didn’t make it. And they brought me, uh, his shirt…” Gill recalled, pausing as he chokes up.

“The whole place just completely comes unglued, applause for five minutes… in this beautiful moment, and it all finally came down to quiet again, and this guy in the crowd says ‘Hey, nice haircut. Did you get a free balloon with that?’”

Gill clapped back with a comeback, telling the heckler just where he could stick that comment and the crowd exploded in applause.

Click here to listen to Vince and Jenny Gill's entire "Children of Song" episode. You can download or stream the podcast from the Children of Song homepage or become a subscriber on Apple podcasts, TuneIn, Google Play or Stitcher.