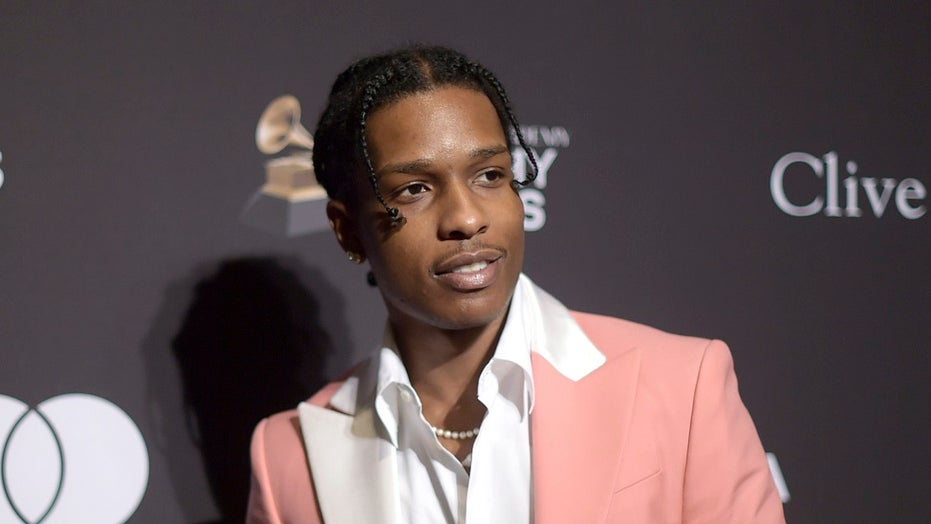 President Trump tweeted his disappointment in Sweden's prime minister Thursday after news broke that American rapper A$AP Rocky is being charged with assault over a fight in Stockholm last month.

"Very disappointed in Prime Minister Stefan Löfven for being unable to act," Trump wrote. "Sweden has let our African American Community down in the United States. I watched the tapes of A$AP Rocky, and he was being followed and harassed by troublemakers. Treat Americans fairly! #FreeRocky."

In a second tweet, Trump added: "Give A$AP Rocky his FREEDOM. We do so much for Sweden but it doesn’t seem to work the other way around. Sweden should focus on its real crime problem! #FreeRocky."

Prosecutor Daniel Suneson said in a statement that he filed charges against A$AP Rocky -- born Rakim Athelaston Mayers -- and two others, "having come to the conclusion that the events in question constitute a crime and despite claims of self-defense and provocation."

Multiple celebrities, including Kim Kardashian, Sean "Diddy" Combs, Justin Bieber and Nicki Minaj, have all pushed for Rocky's release. Trump spoke with Löfven Saturday at the urging of those celebrities as well as first lady Melania Trump.

Rocky, a platinum-selling, Grammy-nominated artist has been in custody since July 3 as authorities investigate a fight he was allegedly involved in on June 30 before appearing at a music festival.

It was not clear who else was involved, but videos published on social media appear to show a person being thrown onto the ground by Rocky. The New York-based rapper's attorney has claimed that Rocky acted in self-defense.

The three suspects will remain in custody until trial. The Stockholm District Court will have to set a date for the proceedings. On Monday, Swedish prosecutors dropped their investigation into a man they said was involved in the fight with Rocky.

Trump tweeted Saturday that he had assured Löfven that Rocky would not be a flight risk and offered to personally vouch for the rapper’s bail, even though the concept of bail does not exist in the Swedish criminal justice system.

Fox News' Julius Young and Danielle Wallace and The Associated Press contributed to this report.