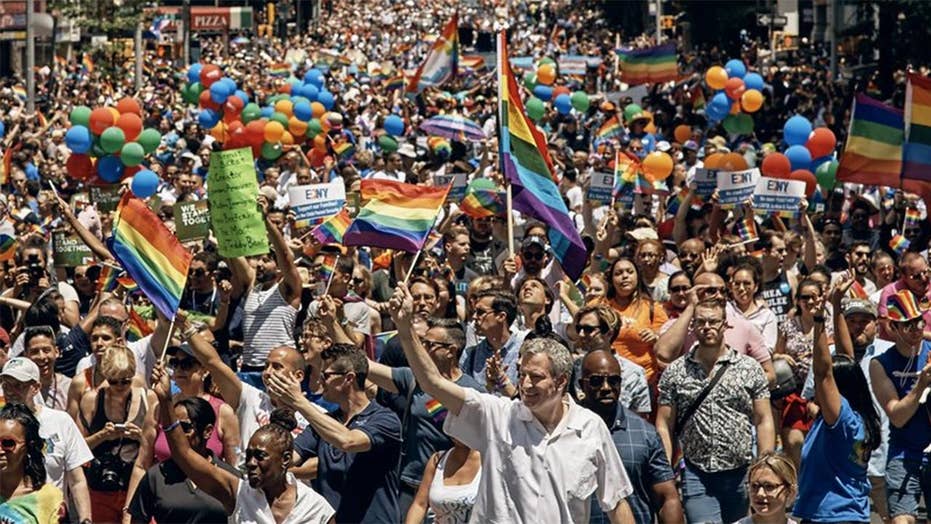 President Trump provoked confused reactions on Friday after he heralded the release of a Bollywood movie that focuses on a same-sex couple.

The Trump administration has pushed to decriminalize homosexuality in dozens of countries around the world. The initiative is led by U.S. ambassador to Germany and current acting director of national intelligence Richard Grenell, who is openly gay.

In September 2018, India's Supreme Court declared Section 377 of the Indian Penal Code, which criminalized sexual acts "against the order of nature," to be unconstitutional. Trump is scheduled to visit the country next week.

For PinkNews and others, Trump's tweet was a shock. One of their headlines read: "Donald Trump just retweeted a PinkNews article about a gay Bollywood romance – and we’re as confused as you are."

"Shock horror!" Tatchell tweeted on Friday. "I tweeted a @PinkNews article about a new gay Bollywood movie & he retweeted it. I loathe Trump & tweet against his anti-LGBT+ policies, climate destruction denial, misogyny & collusion with the far right. SEE," he tweeted.

According to PinkNews: "The film stars Ayushmann Khurrana and Jitendra Kumar as gay couple Kartik and Aman, as they struggle to win over Aman’s parents – who are unable to accept that their son is gay, and attempt to set up an arranged marriage."

Others expressed shock on Twitter. For example, The Intercept columnist Mehdi Hasan tweeted: "Peter Tatchell just got retweeted by Donald Trump on the subject of Bollywood and homosexuality. 2020 literally can't get any weirder."

PFLAG, a group that has criticized Trump, was less optimistic than television personality Piers Morgan.

"While we are excited to see LGBTQ people gain global visibility in romantic comedies, the realities for LGBTQ people in the US under this administration are nothing to laugh about,"  PFLAG Executive Director Brian Bond said in a statement provided to Fox News.

"Right now, more than 200 bills are active in the states to dehumanize LGBTQ people, and transgender kids are the most frequent targets. PFLAG looks to our leaders and to President Trump to uplift our courageous transgender youth here at home and discourage continued legislative attacks on their rights."

Others, like pro-Trump activist Scott Presler, were more supportive.

"Thank you, President Trump, for supporting the gay community," Presler tweeted. "I can’t wait to vote for you this November."