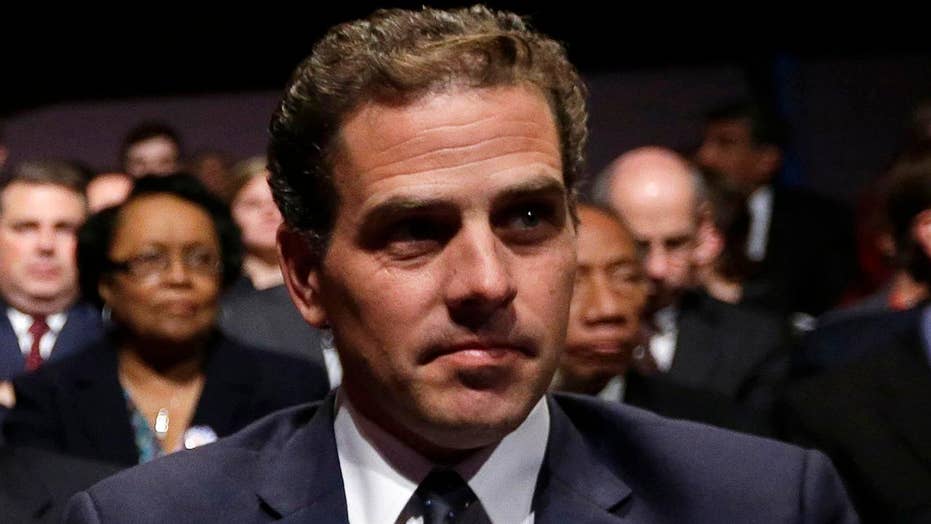 Twitter removed a viral video Thursday that was tweeted by President Trump due to copyright issues, sparking a backlash from his son, Donald Trump Jr.

Warner Music Group filed a complaint, according to Ars Technica, about the tweet, which included footage from Nickelback's "Photograph" music video -- footage for which Warner owned the copyright.

The video was released as part of Trump's messaging on former Vice President Joe Biden and his son Hunter's relationship with Ukraine. "LOOK AT THIS PHOTOGRAPH!" the tweet read, alongside a video playing Nickelback's music while featuring a picture of the Bidens and a Ukrainian businessman.

On Thursday, the tweet contained the following message: "This media has been disabled in response to a report by the copyright owner."

Trump Jr. responded on Thursday by suggesting Twitter had an ulterior motive for suppressing the video. "Not sure why Twitter wouldn’t want you to 'Look at this Photograph,'" he tweeted.

The photograph appeared to raise questions about Biden's previous claim that he "never" spoke to his son about his overseas business dealings.

The issue arose as Trump faced an official impeachment inquiry based on his urging the Ukrainian president to investigate Joe and Hunter Biden's dealings in the country.

The former vice president had pressured the Ukrainian government to fire its top prosecutor who had been investigating a firm where Hunter served on the board of directors.