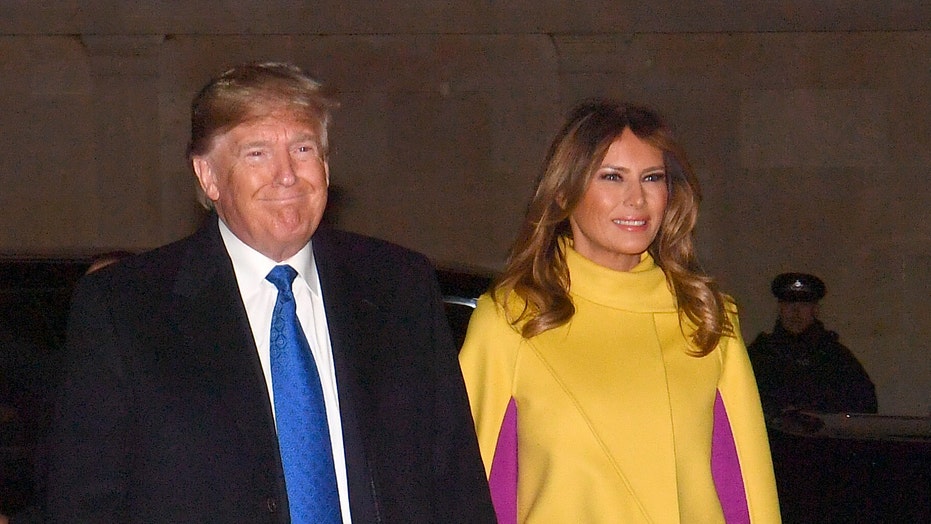 The event was held to celebrate 70 years of collaboration in the NATO alliance.

Among the royal attendees was hostess Queen Elizabeth herself, who was seen greeting the first family at the door, as well as Prince Charles and his wife Camilla, Duchess of Cornwall.

Also in attendance was Kate Middleton, Duchess of Cambridge and wife of Prince William. Princess Anne was also at the reception.

Ahead of Tuesday's reception, Trump, 73, and Melania, 49, had tea with Charles and Camilla at Clarence House, which is the second time that the president and the first lady have attended such an event.

Meanwhile, following the reception, Anne and her brother Edward later hosted the Trumps in the state rooms of the palace, according to USA Today.

Absent from the reception were William, who is currently on an official visit to Kuwait and Oman, along with Prince Harry and his wife Meghan Markle, as they are taking a break from royal duties until the new year.

According to People magazine, the Trumps are expected to attend another reception hosted by U.K. Prime Minister Boris Johnson on Tuesday. They are set to return to the U.S. by Thursday.