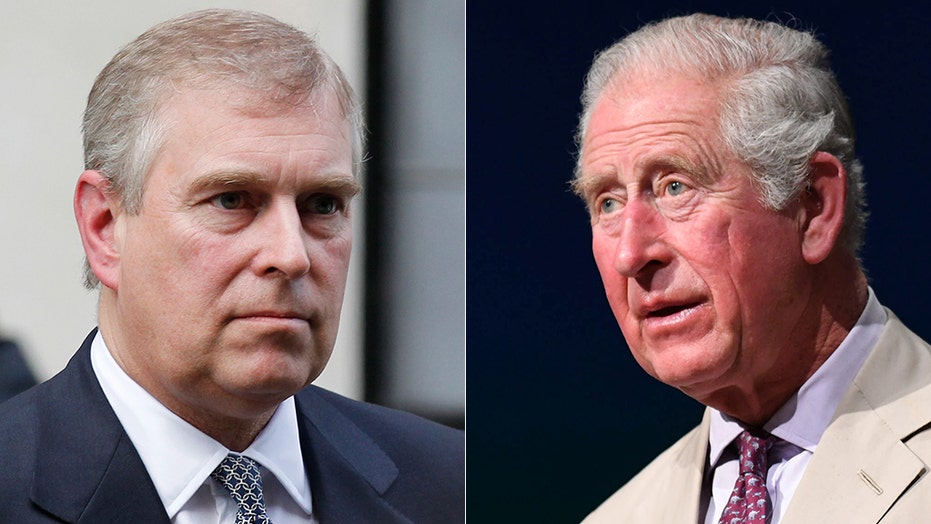 Prince Charles will waste no time in confronting his scandal-ridden sibling.

The Prince of Wales is expected to have “a heated showdown” with his younger brother Prince Andrew over his relationship with convicted sex offender Jeffrey Epstein and the disastrous interview with BBC Newsnight that followed, The Telegraph recently reported.

Sources told out the outlet Charles, 71, is “furious” that his 12-day tour of the South Pacific, which aimed to raise awareness on environmental issues such as climate change and how it's rising ocean levels, has been completely overshadowed by the 59-year-old’s scandal impacting the British royal family.

According to the UK-based publication, Charles returned from visiting India, New Zealand and the Solomon Islands on Tuesday and quickly ordered the Duke of York to Clarence House to discuss the heated situation. Charles has not commented on the issue and his staff has remained tight-lipped throughout the tour.

Prince Charles, Prince of Wales during a visit to Semenggoh Wildlife Centre, a rehabilitation center for orangutans found injured in the wild or rescued from captivity on November 6, 2017, in Kuching, Sarawak, Malaysia. (Photo by Chris Jackson - Pool/Getty Images)

But Charles, who is second in line to the throne, is determined “to get a grip on the issue” to “ensure there is no further collateral damage to the royal family” — even if that means eliminating Andrew from the inner circle.

While Andrew has already announced he will be stepping back from public duties for the foreseeable future, the scandal is far from over. The outlet revealed that calls for Andrew to be interviewed by the FBI are growing as the American investigation into Epstein’s dark world is ongoing.

There will especially be further pressure next week when the BBC features a new interview with Virginia Roberts (now Virginia Giuffre), who alleges that she was forced to have sex with Andrew three times between 1999 and 2002 in London and on Epstein’s private island in the Caribbean.

Sources told the outlet Charles is “extremely concerned” at how the reports are destroying the monarchy’s reputation and strongly believed the nuclear interview Andrew gave was incredibly “misguided.”

The outlet also revealed that Charles and Andrew, who were born 12 years apart, are not close as siblings. It is believed they primarily communicate through their staff and private secretaries instead of speaking directly to one another.

The relationship reportedly became strained in 2012 when Charles allegedly excluded some family members from a Buckingham Palace balcony appearance. During the Diamond Jubilee celebrations, his mother Queen Elizabeth II was seen alongside Charles, his wife Camilla, Duchess of Cornwall, his sons Princes William and Harry, as well as William’s wife Kate Middleton, Duchess of Cambridge.

Andrew was reportedly “furious” about “being pushed to the margins of royal life by his brother.” The outlet also shared that when Charles offered Andrew a role as an aide, the younger brother rejected the offer.

Andrew has also allegedly pushed for his daughters, Princesses Beatrice and Eugenie, to have key working roles as royals, pointing out “that they were the only two blood princesses of a generation.” However, the outlet noted, the sisters were “stripped of their 24-hour royal protection” following a disagreement over the annual cost, which amounted to nearly $700,000.

Just days after Andrew announced he was “stepping away” from public duties for the “foreseeable future,” the royal was forced to pull out of a trip to Bahrain for an international meeting of his Pitch@Palace organization, which promotes entrepreneurs and new ideas in tech, People magazine reported.

Andrew’s office is also set to be moved out of Buckingham Palace and center around Pitch rather than his own official royal work.

Andrew had participated in the tell-all interview with the BBC in hopes of publicly defending himself from the shocking allegations.

“I have no recollection of ever meeting this lady, none whatsoever,” he said in reference to his accuser.

“I stayed with [Epstein] and that’s [something] I kick myself for on a daily basis because it was not something that was becoming of a member of the royal family and we try and uphold the highest standards and practices and I let the side down, simple as that,” the second son of Elizabeth said.

Andrew was photographed with Epstein in 2010 in New York's Central Park after Epstein had finished serving his 18-month prison sentence. The photos sparked controversy at the time and led Andrew to quit his role as a UK trade envoy in 2011, according to Sky News.