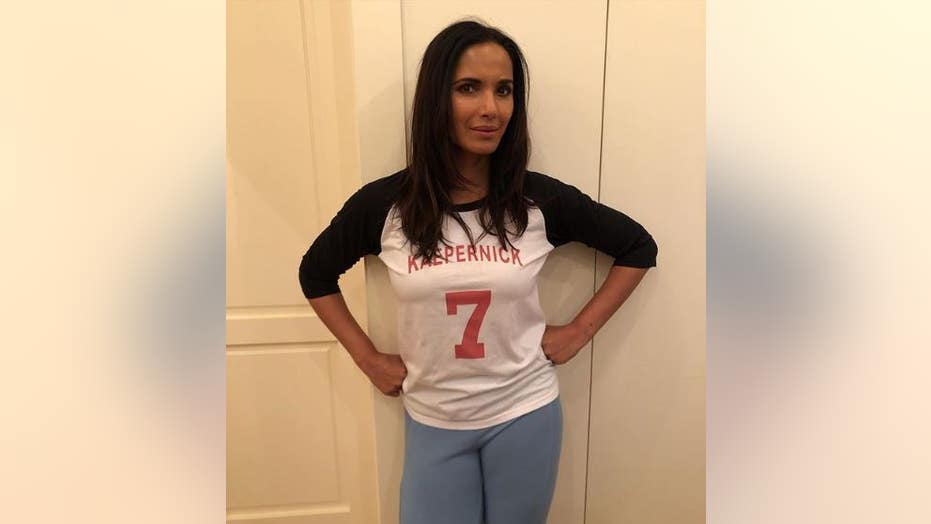 Kaepernick hasn’t played since 2016. He helped start a wave of protests about social and racial injustice that season by kneeling during the national anthem at games.

Lakshmi has more than 640,000 followers and her support seemed to divide some of her followers.

“What courage? Kneeling for the national anthem? Wearing a shirt with Fadel Castro's picture on it? Making more money bashing the U.S. than playing football?” one person commented.

Back in November, it appeared Kaepernick was making a comeback, but his representatives called an audible less than an hour before he was scheduled to work out for 25 NFL teams, moving the workout from the Atlanta Falcons training facility in Flowery Branch, to a high school football field in Riverdale, Ga.

"What is courage, when the name on your shirt wants so bad back into the NFL, and then changes the workout venue at the last minute when coaches are waiting to see him?" a user said in reference to the workout change.

Other people commenting on Lakshmi's post described it as "Awesome" and "very lovely," while another said, "Sorry gotta disagree with you on this" -- attached with a thumb down emoji.

Last February, the NFL settled a collusion grievance filed by the quarterback.

The 49ers lost to the Kansas City Chiefs 31-20 in Super Bowl LIV on Sunday.