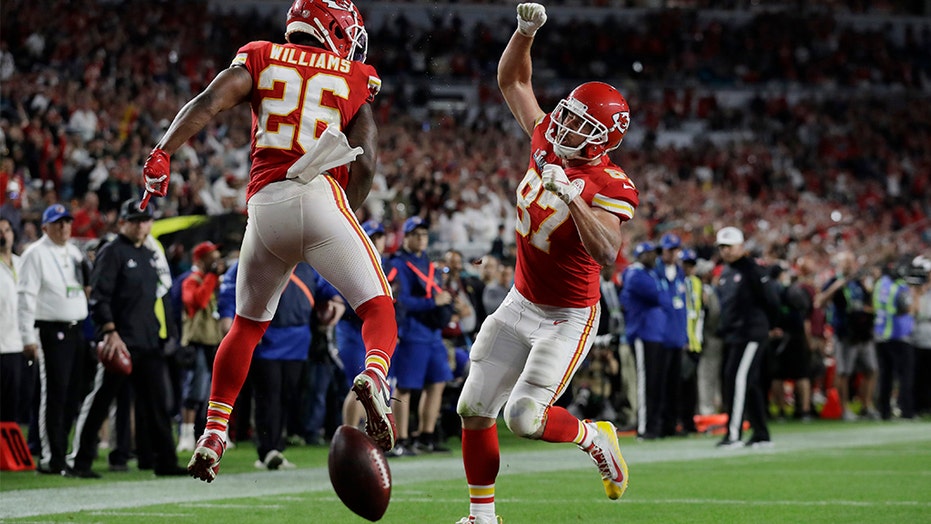 Williams would then put the dagger into the hearts of the 49ers with a 38-yard rushing touchdown to put the game out of reach.

It is also the first Super Bowl victory for Andy Reid as a head coach. Reid’s failure to win the Super Bowl was a key storyline heading into the championship game. He had appeared in one while head coach of the Philadelphia Eagles but could never get over the hump and hold the Lombardi Trophy.

That all changed Sunday night in Miami.

Williams had 104 rushing yards on 17 carries and the two total touchdowns.

The 49ers appeared to have Mahomes and the Chiefs pinned down through three quarters. The Niners’ pass rush was nearly uncontainable and forced Mahomes to throw two interceptions in the game.

Jimmy Garoppolo was efficient for most of the night aside from one interception early in the game and the late one to end it. He had a 15-yard touchdown pass to Kyle Jusczyk in the second quarter. San Francisco and Kansas City were tied 10-10 at the half.

San Francisco went up 10 points in the third quarter behind a Robbie Gould field goal and a Raheem Mostert rushing touchdown.

But the 49ers would fail to score in the final frame.

Garoppolo finished 20-for-31 with 219 passing yards, a touchdown pass and two picks. Mostert had 58 rushing yards on 12 carries. Kendrick Bourne had the most receiving yards for San Francisco with 42 on two catches.

Deebo Samuel had the most catches with five for 39 yards. He also had 53 rushing yards on three carries.

On the go-ahead score for Mahomes, he was 5-for-5 with 60 passing yards and the touchdown pass.

Mahomes has now won an NFL MVP award, made the All-Pro team, a Super Bowl ring and a Super Bowl MVP all before his 25th birthday.