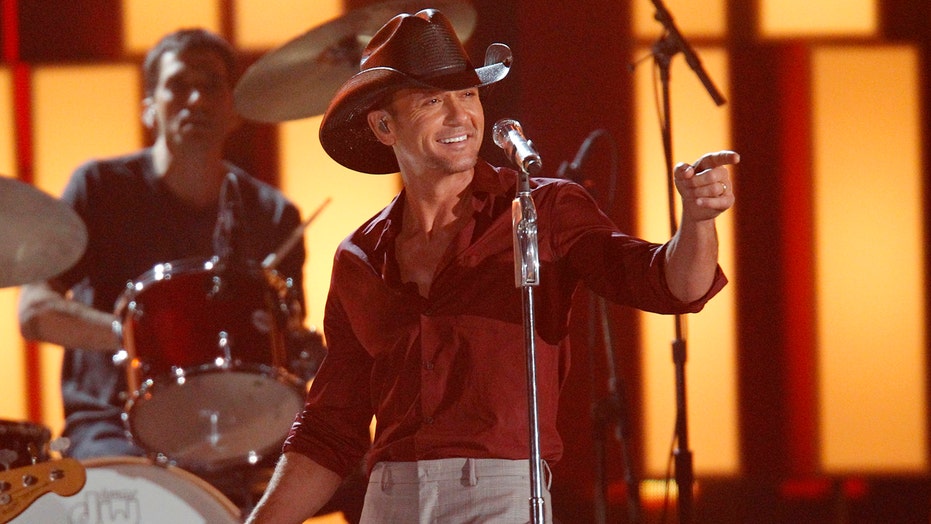 Country star Tim McGraw talks about his new studio album, which includes a duet with his daughter and that's our featured song. A new country music show coming in December and the Country Music Hall of Fame welcomes new members.

Tim McGraw and Faith Hill reached a new milestone as parents this fall, when the couple's eldest daughter, Gracie, went off to college. McGraw even posted a video performing his song “My Little Girl,” dedicated to her and her new adventure, but he recently opened up a little more about the experience.

Turns out both he and Hill had a lot of feelings when preparing to drop their little girl off for school, though they expressed them at different times.

Despite his tough exterior, McGraw is actually a big softie. The artist says he's rarely successful masking his true feelings when they arise.

“I'm Italian and Irish. I can't hide my emotions very well," he explains.

McGraw also recorded a song for his upcoming record with Gracie, titled "Here Tonight," which he adorably says he was nervous to ask her to sing on.

"I was afraid to ask her because she's way cooler than I am, and I was scared to death that she would say no," he told the Tennessean.

Of course, the star had nothing to worry about. Gracie said yes, and fans can get the song now be pre-ordering the album. The music video for the new single and title track "Damn Country Music" was just released Oct. 13 via Facebook, and McGraw says the tune is representative of the rest of the album.

Next summer, McGraw will headline WE Fest in Detroit Lakes, Minn. For more information on the hottest festivals of 2016, check out our handy 2016 festival guide.