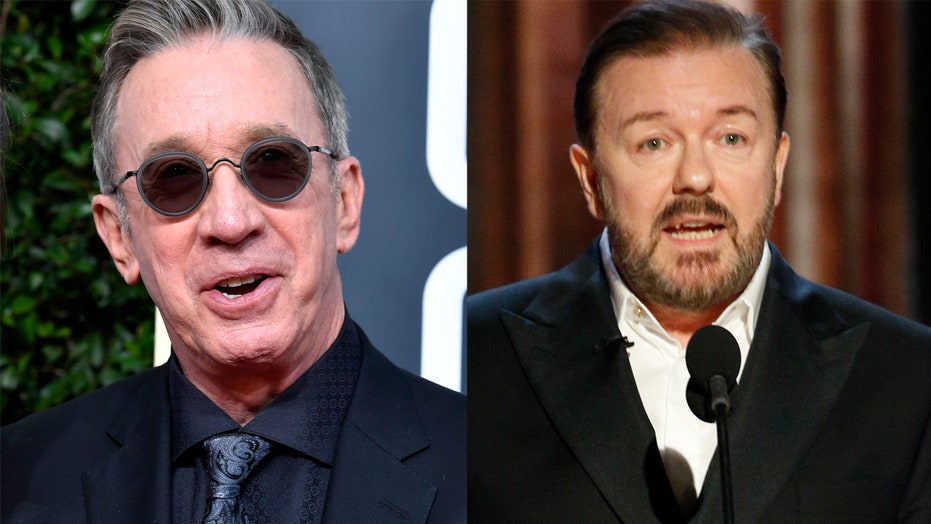 On Sunday, comedian Ricky Gervais hosted the Golden Globes for a fifth time, offering some of his most brutal jokes to date.

Despite ripping into the likes of Leonardo DiCaprio, Disney and more, Gervais recently told The Hollywood Reporter that he only regrets one of his infamous jokes.

In 2011, Gervais, 58, introduced Tom Hanks and Tim Allen, who were set to present an award together.

“The first [presenter] is an actor, producer, writer and director whose movies have grossed over $3.5 billion at the box office," said Gervais in 2011. "The other is Tim Allen.”

Gervais told THR that the joke wasn't directed at Allen specifically, but would have been made about anyone.

“I didn’t want Tim Allen to think, ‘Oh, that was written for me,’ ” said Gervais. “ ‘Why me?’ Well, because you were standing next to Tom Hanks.”

Allen, however, didn't seem to mind.

The "Home Improvement" star, 66, told Page Six that while he wasn't exactly offended by the joke, it did leave him a bit confused.

“Perhaps I didn’t get it… I wasn’t the only one," said Allen. "Tom [Hanks] and I even said [at the time]: ‘I didn’t really get it. It’s like he didn’t finish the joke. It just went flat.’ Later that night he said, ‘It didn’t go so well.’ He kind of apologized.”

This year, however, Allen found Gervais' jokes much more enjoyable.

“I thought he was pretty sharp. A couple of things made me laugh out loud.”