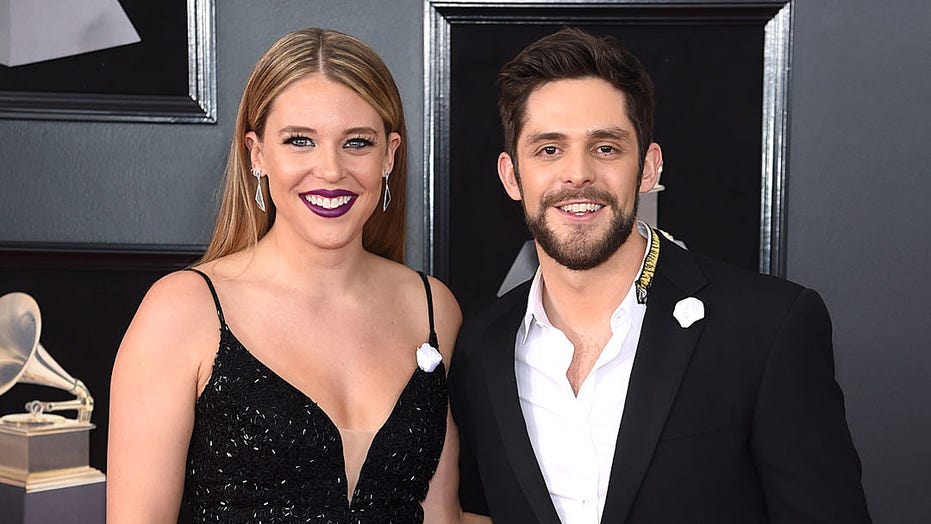 Thomas Rhett and his wife Lauren are expecting their third bundle of joy.

The country singer and his wife revealed on Instagram Tuesday that they are welcoming their third daughter early next year.

"Excited to share that I will now be paying for 3 weddings😂 I feel so blessed to say that our third child is on the way and it’s a girl!! I love you so much @laur_akins. WG and AJ, y’all are gonna be the best big sisters! Bring on the crazy," the "Life Changes" singer wrote.

THOMAS RHETT SHARES HIS SECRET TO KEEPING HIS MARRIAGE 'SPICED UP'

Lauren wrote: "We decided we didn’t have enough princess dresses around the house so we’re adding another Akins baby girl to the family early next year despite Thomas Rhett’s initial shock (swipe to see video 😂) we are absolutely over the moon for our baby girl! Our girls cannot wait to meet their little sister."

She added that her eldest daughter Willa Gray "prays for her every night" and that she and little sister Ada James "love to touch my belly and talk to her...especially bc I’ve been showing since I was SEVEN weeks."

She added that it feels like "we have been hiding this secret for an ETERNITY.

"And I’d like to apologize to everyone I’ve canceled on, said no to or just been MIA, but for a second there I wasn’t sure if I was pregnant or just puked for a living. But she’s soooo worth it. We are SO excited! & if you need TR you can find him in the camping section at REI buying dude things.......jk, he’s excited too."

Rhett and Lauren, both 29, have previously opened up about their fertility struggles and decision to adopt Willa Gray from an orphanage in Uganda.

The couple had been struggling to get pregnant and at the same time, they were working Christian charity 147 Million Orphans. When they met Willa, they decided adoption was the right choice for them.

THOMAS RHETT ON HOW U.S. MILITARY FANS HAVE IMPACTED HIS CAREER, LIFE

"All orphans have heart-wrenching stories, but it felt like this specific baby was ours. I think that the Lord knew what he was doing when he did not let us get pregnant," Lauren told People in 2017 shortly after bringing Willa to their Nashville home.

"I don’t think anyone can fully prepare you for the journey of adopting someone, especially from a third-world country where there are so many different laws," Rhett told the magazine at the time. "Every day you wake up with a whole new set of challenges that you never even heard of."

During the adoption process, the Rhett's received the surprising news that they were expecting. They welcomed Ada James in August 2017.