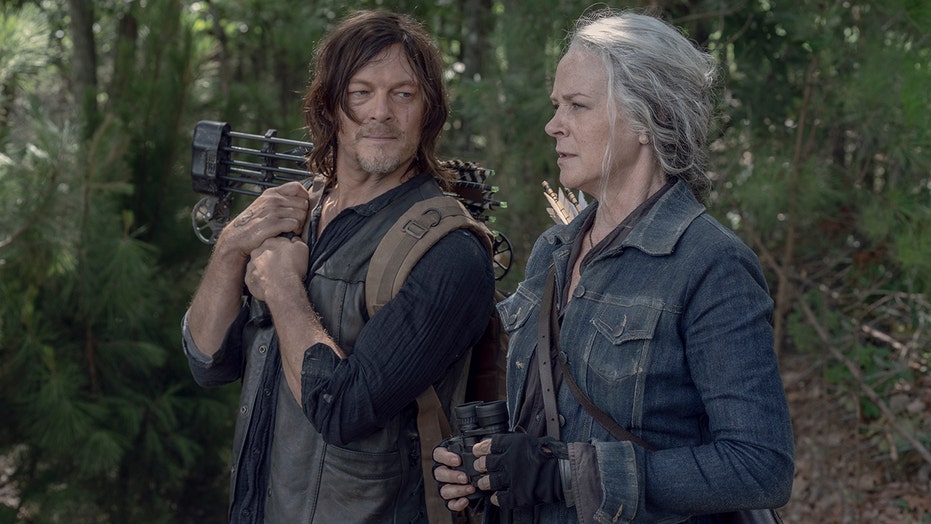 AMC has announced that “The Walking Dead” will end in late 2022, but simultaneously revealed plans for another spinoff for two key characters.

The network confirmed in a press release provided to Fox News that the immensely successful cable drama will end with an expanded Season 11. Season 11 will span 24 episodes in addition to the six left to air in Season 10. As a result, there are only 30 episodes of “The Walking Dead” left before it takes its final bow in 2022.

However, that doesn’t mean that the characters won’t have a chance to return to television. The network announced that Norman Reedus and Melissa McBride’s characters, Daryl Dixon and Carol Peletier, will get a spinoff of their own slated for 2023. The spinoff will be helmed by current “The Walking Dead” showrunner Angela Kang and chief content officer of “The Walking Dead” universe Scott M. Gimple.

'The Walking Dead' is getting more spinoffs. (AMC)

In addition, Gimple is working on an episodic series set in the universe of the zombie apocalypse called “Tales of the Walking Dead” that will feature one-off episodes and stories that take place within the same horrid apocalypse fans have come to know and love.

“It’s been ten years ‘gone bye;’ what lies ahead are two more to come and stories and stories to tell beyond that,” Gimple said in a press release. “What’s clear is that this show has been about the living, made by a passionate cast, team of writer/producers, producers, and crew, bringing to life the vision put forth by Robert Kirkman in his brilliant comic — and supported by the best fans in the world. We have a lot of thrilling story left to tell on TWD, and then, this end will be a beginning of more Walking Dead — brand new stories and characters, familiar faces and places, new voices, and new mythologies. This will be a grand finale that will lead to new premieres. Evolution is upon us. ‘The Walking Dead’ lives.”

The Carol and Daryl show and the episodic series join preexisting “Walking Dead” spinoffs “Fear the Walking Dead” and the upcoming “The Walking Dead: World Beyond.” The network also promised at least one movie in the works starring Andrew Lincoln’s Rick Grimes character.

AMC announced 'The Walking Dead' is ending after and expanded Season 11. (Jace Downs/AMC)

“I feel incredibly honored to be a part of ‘The Walking Dead.’ This show changed my life and career and everyone involved has truly been a family for me over the last decade. I’m thankful for AMC’s love and support and know there’s so much more story to tell and so much more to bring the best fans in the world. Daryl’s relationship with Carol has always been my favorite relationship on the show (sorry Rick),” Reedus said. “I love the way these characters interact and relate to each other on so many levels and can’t wait to see where their ride goes from here.”

The network seems keen to make it clear that, although the flagship series is ending after 30 more episodes, there’s plenty more to come from the world of “The Walking Dead,” which is based on Robert Kirkman’s highly successful comic book series.

“The Walking Dead” originally premiered on Halloween night in 2010 and was, at the time, the highest-rated cable series launch of all time. It remains the most-watched series in cable history. The network notes it was the first cable series to become the No. 1 show in all of television, including broadcast. It held that rank for five consecutive years and continues to hold viewership records in Season 10.