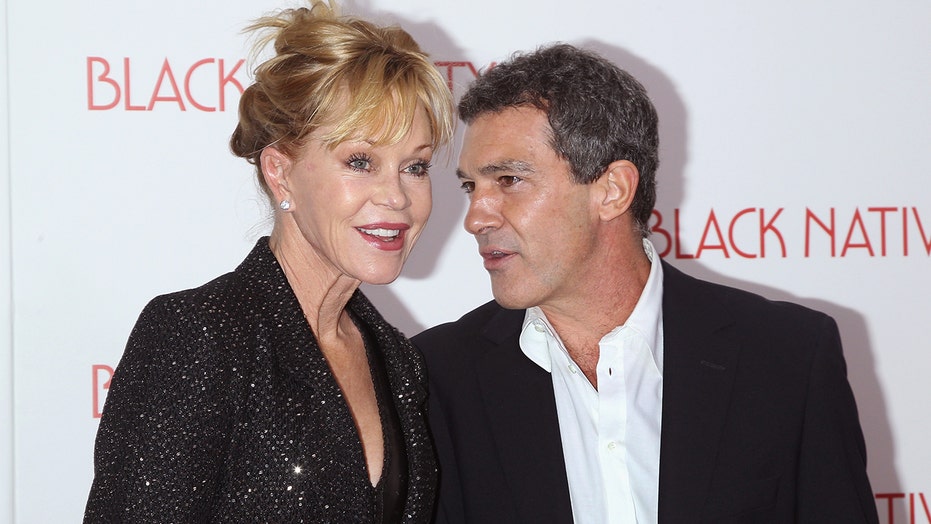 It's been nearly four years since Antonio Banderas and Melanie Griffith saw their 18-year marriage come to an end, but the actor says he still has a soft spot for his ex.

In an interview with Vulture, Banderas recalled meeting the "Working Girl" star for the first time at the Oscars in 1989.

"The first time I went to the Academy Awards after [director Pedro Almodovar] got a nomination for 'Women on the Verge of a Nervous Breakdown,' we got on the red carpet and I saw this blond woman and I knew her because I saw movies of her, but I didn’t remember [her name] at the time," he recalled.

MELANIE GRIFFITH SHOWS OFF BIKINI BODY WHILE VACATIONING IN SPAIN

The pair tied the knot in 1996 and had a daughter, Stella, later that year. In 2014, Griffith filed for divorce. It was finalized the following year.

"Everything happened in those years really fast," Banderas said. "My life was fast and fascinating if I actually see it in retrospective. I remember those years as very effervescent and really beautiful."

He went on to say that although he's no long married to Griffith, 62, she remains his "family."

"She is probably one of my best friends, if not the best friend that I have. My family is there, Dakota [Johnson], Little Estella and Alexander," he added, referring to Griffith's 29-year-old daughter, Dakota Johnson (with Don Johnson), and 34-year-old son, Alexander, with Steven Bauer.

In a 2018 interview with InStyle, Griffith said she maintains great relationships with all her exes.

"All of my husbands, my three husbands — I love them all so much, and we’re all very close," she gushed.