Thalia shares the hardships of her life that have made her stronger and led her to write her first book “Cada dia mas fuerte.”

Mexican superstar Thalia, who is getting ready to hit the road with her Latina Love Tour, got candid in a 30-minute exclusive interview with FOX 5's Rosanna Scotto.

The sexy singer revealed she suffers from dyslexia. In fact, she said she has difficulty remembering the words to some of her songs, but she has a secret to get through it on stage.

Thalia also revealed her painful battle with Lyme disease: from losing her hair to not being able to get out of bed for days.

Plus, Thalia gets personal, really personal — does she really have 50 orgasms a night? 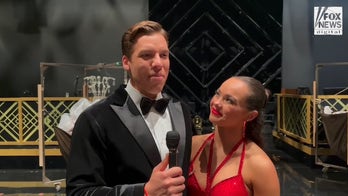