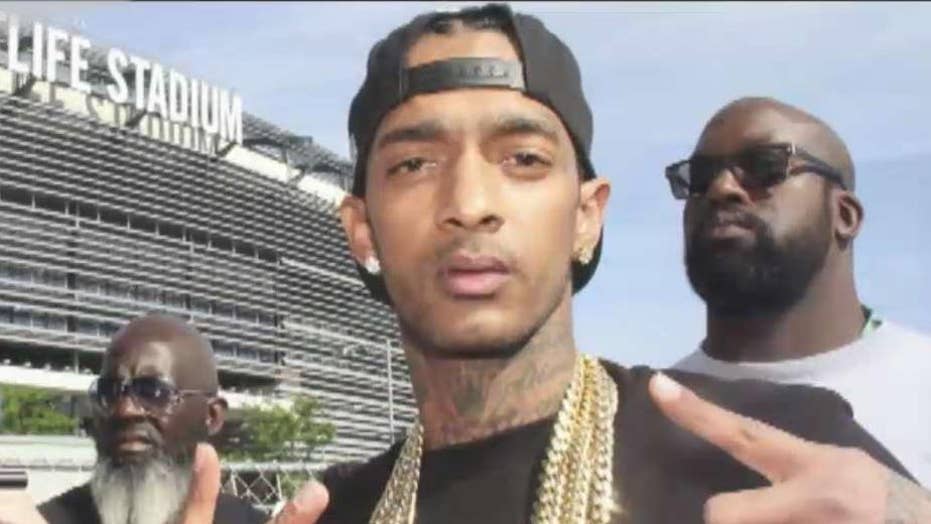 The suspect wanted by California authorities in the shooting death of rapper Nipsey Hussle has been arrested, officials said Tuesday.

“Eric Holder, the suspected killer of Nipsey Hussle, has been arrested and is in police custody,” the Los Angeles Police Department announced on Twitter. “Thank you to both our community for the heightened awareness/vigilance, and our partners at @LASDHQ.”

Details about the arrest were not immediately available.

Earlier Tuesday, the LAPD took the case to the public, tweeting that Holder, 29, was wanted for homicide and asked for anyone with information to get in touch with South Bureau Homicide.

Holder allegedly shot the Grammy-nominated rapper and two others on Sunday afternoon outside of Hussle's retail store in a South Los Angeles strip mall.

Rapper Nipsey Hussle was shot and killed on Sunday. He was 33. (AP)

The suspect then fled the scene in a white 2016 Chevy Cruz that was driven by an unidentified female, according to the release. The vehicle’s California license plate was reported to be 7RJD742.

Hussle, whose real name was Ermias Asghedom, “died as a result of the gunshot wounds he sustained,” police said. He was 33 years old. Two others were taken to area hospitals, according to the news release.