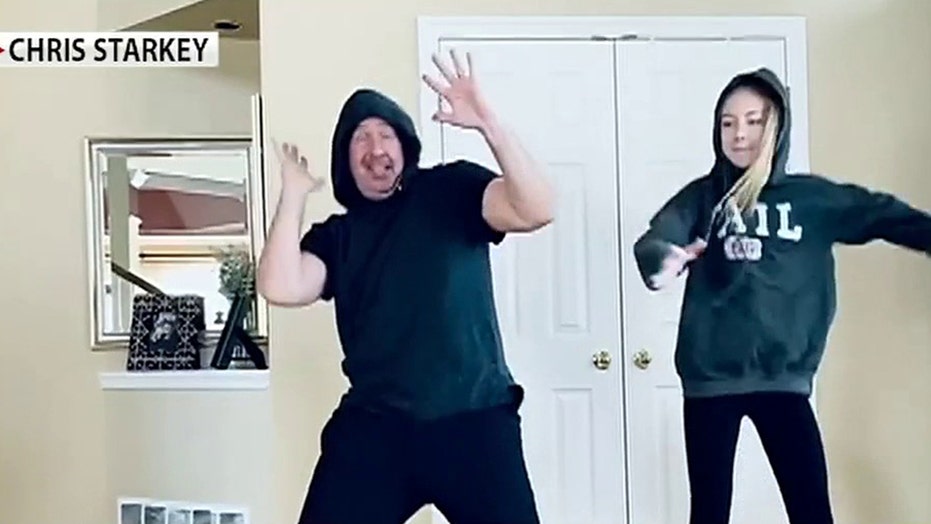 Chris Starkey and daughter Brooklyn on using the viral moment to help those in need.

A group of professional stuntmen "clashed" with one another while stuck in quarantine in a viral video that has gotten millions of views.

The students and instructors of the Campus Univers Cascades, a European training center that specializes in stunt techniques for film and television, released a video of stuntmen "fighting" each other with the help of creative editing.

They punched, kicked, air-kicked, head-butted right into the camera, cutting to someone else taking a tumble, oftentimes falling over furniture. One was seen falling down the stairs.

Many of them used props to hit their opponents, including a banana, toilet paper, a laptop, a pillow, a shirt, a mop, a frying pan, and a dog.

One even used his daughter as a weapon by picking her up from a playset and swinging her into the camera like a baseball bat.

Another stuntman, who was wearing a face mask, was halted so that he can sanitize himself with hand sanitizer before throwing a major sucker punch.

The video, which was shared across social media, has collectively gotten over 5 million views since it was first uploaded on Sunday.